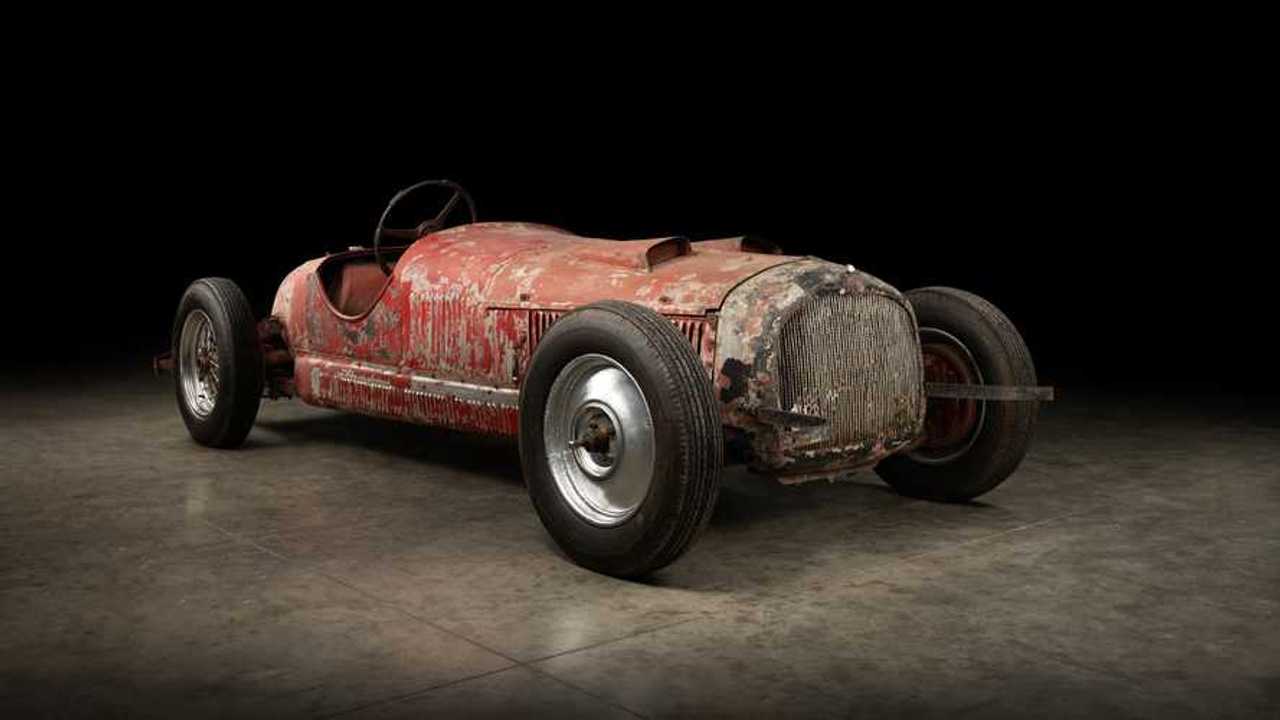 And now its undergoing an extensive restoration.

Restoration projects often come with fascinating stories attached to them, but perhaps none have a more interesting history than this Alfa Romeo. Restoration experts Thornley Kelham are working on a 1930 Alfa Romeo 6C 1750 Super Sport that once belonged to one Benito Mussolini.

The car was originally bodied by Stabilimenti Farina, as shown in period photographs – the car was typically built as a rolling chassis with bodies applied later on by coachbuilders like Carrozzerie Touring, Zagato, and Stabilimenti Farina. At some point later on it was swapped for a sleek racing-like body while it was in Eritrea with its second owner. A Renato Tigillo purchased the car in March 1937 and shipped it to Asmara in Eritrea, which at the time was an Italian colony.

Check out these other impressive restoration projects

Italian GT 'Restoration of the Year' belongs to Coldplay bassist

Alfa Romeo's 6C 1750 SS was a popular and successful sports car. In the 1929 Mille Miglia, 13 competed in the greulling road race; one of them won with seven finishing in the top-10. Archive photographs of this particular car show Mussolini driving the car 'II Radio Auto-Raduno' on a section of the rally from Roma to Ostia.

The car, which comes with records that confirm its delivery to Mussolini, is to undergo a complete nuts and bolts restoration at the request of its new owner. Upon inspection it was discovered that the bodywork had very few original body panels, and had been fitted with an unoriginal grille. However the chassis, rear axle, and gearbox are all original.

"We’ve undertaken many challenging restorations here at Thornley Kelham but this Alfa Romeo presents us with perhaps our greatest test to date," said Simon Thornley, co-founder of Thornley Kelham. "Over the course of its extraordinary life it has been graced with a beautiful hand-crafted body from Stabilimenti Farina, owned and piloted by one of the world’s most (in)famous dictators, and stripped out for motorsport and raced on the streets of North Africa."

"Our challenge now is to restore it to the condition it first left Stabilimenti Farina’s carrozzeria, based on further painstaking research and thousands of hours of expert craftsmanship. Automotive history like this has to be preserved, and we are delighted to be involved in the latest page in its amazing story."