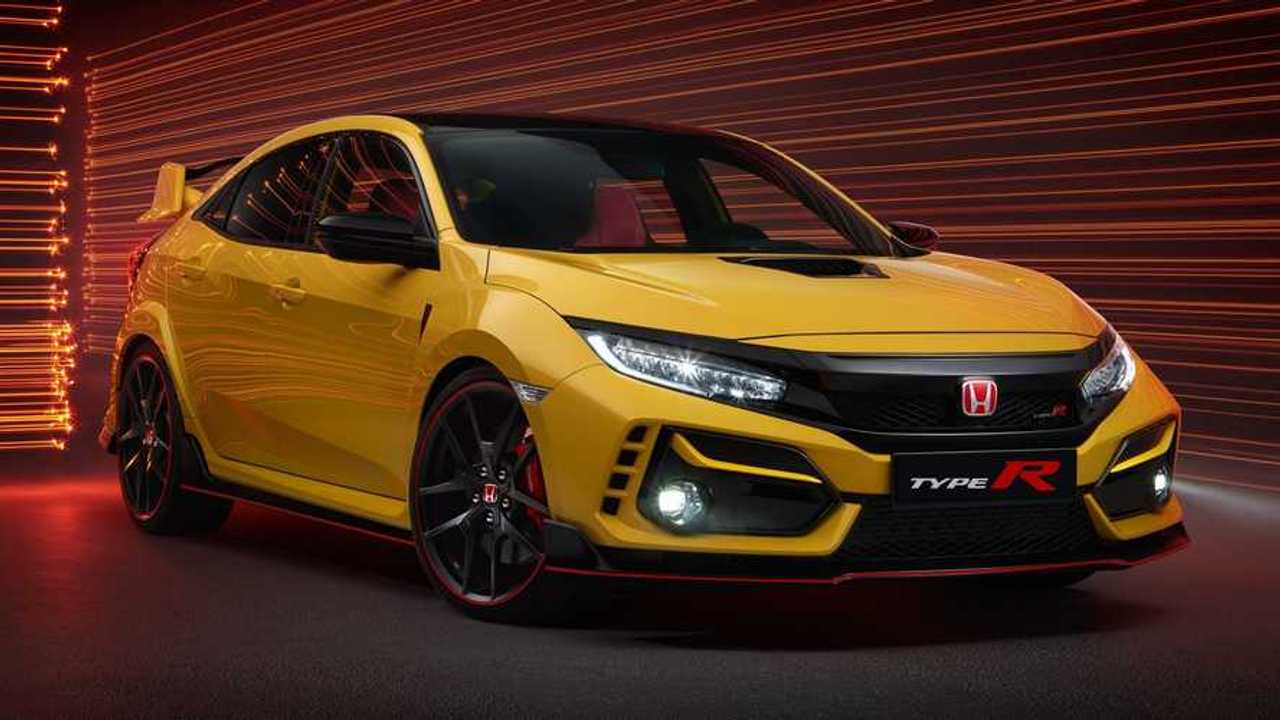 You don't need it, but you know you want it.

Just in case anyone thought the hardcore, hard-charging Civic Type R wasn’t extreme enough, Honda has made a new stripped-out special edition. Yup, in the latest answer to a question nobody was asking, may we present… The Honda Civic Type R Limited Edition.

In essence, it’s a lightweight version of the car we know and love, with lighter materials complemented by some styling upgrades and a more driver-orientated cabin. Just 100 examples will be built for the whole of Europe.

Externally, the Limited Edition cars are marked out by their 20-inch forged BBS alloy wheels shod in Michelin Cup 2 tyres, which are designed primarily for high-speed track use, but are still road legal. There’s black paint on the roof, door mirrors and bonnet intake, too, and a dark chrome Civic badge. Customers can also choose the exclusive Sunlight Yellow paint scheme, or opt for one of a range of other bright hues.

Inside, however, the changes are even more stark. As with a normal Type R, you’ll find red bucket seats and a red-trimmed steering wheel, but there’s a host of differences. For one, the infotainment screen and climate control system have been omitted to save weight, while sound-deadening materials in the roof, rear hatch panel, front bumper and dashboard have been stripped away.

The rear seats have stayed in place, though, and Honda has put a plaque in the cabin to display the car’s build number and remind occupants of its limited-edition status. There’s still a host of safety equipment, too, with an automatic braking system that slows or stops the car if it detects an impending crash, while adaptive cruise control and lane departure warning are also standard. Despite this, though, Honda has managed to strip the best part of 50 kg from the hyper hatch.

And under the skin, the Limited Edition also benefits from tweaks to the suspension and steering set-ups to offer “maximum control and feedback”. As a result, Honda claims the Limited Edition is “engineered to be the most dynamic front wheel drive hatchback available”.

However, in spite of all these upgrades, the vital stats are little different to those seen in the ‘standard’ Type R. Power - all 316 bhp of it - comes from the same 2-litre turbocharged petrol engine, and you get the same six-speed manual gearbox, so 0-62 mph takes 5.7 seconds.

And although Honda has confirmed the car’s specifications, pricing won’t be announced until a time closer to the Limited Edition’s launch later this year.