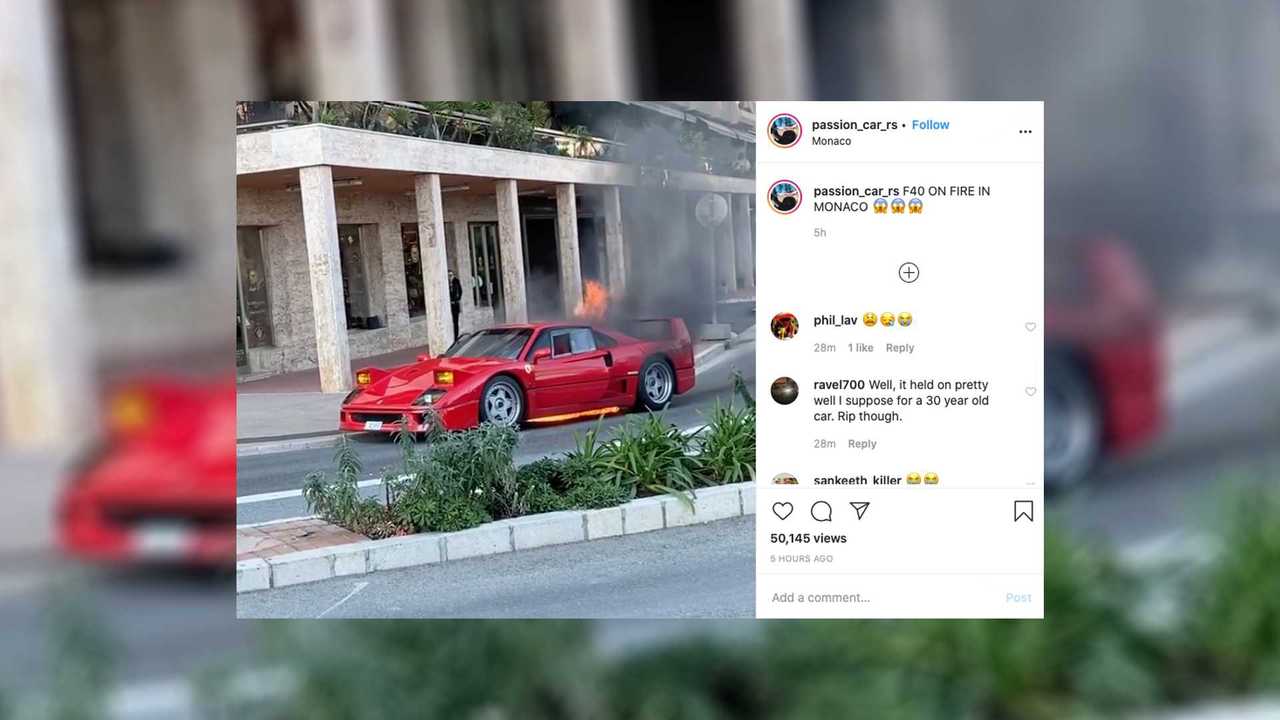 It appears no one was injured.

Cars catch on fire. It happens, often unexpectedly, and can consume an entire car in a matter of minutes, making a quick escape a must. One Ferrari F40 owner’s trip through Monaco ended in tragedy when the iconic red Italian supercar went up in flames. Thankfully, it appears no one was injured in the incident. Video, posted to the passion_cars_RS Instagram page, shows the driver outside the vehicle, hands in the air in frustration – despair? – as flames are visible underneath the vehicle.

Flames are also visible sprouting from the engine compartment behind the passenger compartment as black smoke billows into the air. The video is short, ending long before the fire brigade arrives, so it’s not clear the extent of the damage done to the Ferrari. However, judging by the fire underneath, and the judicial amount of smoke and fire coming from the Ferrari’s engine bay, it’s doubtful the repair bills will come cheap.

A photo posted by Jean-Nicolas Rousselot on Facebook, and credited to an Alexandre Neu, shows the Ferrari after the video ends. The flames underneath appear gone, though the fire out the back is much more prominent – as is the thick, black smoke above the car. It also looks like flames are escaping out the passenger’s door, too, which would devastate the car’s interior with fire, water, and smoke damage. The photo doesn’t show any rescue services on the scene.

Cars can catch on fire:

Porsche confirms a Taycan blew up in a Florida garage

It’s always upsetting when a car goes up in flames, especially when it’s of no fault of the driver. Many of us have one, maybe two cars, we can rely on, and sometimes it’s not high-end supercars that go up in flames either. From the looks of this Ferrari fire, though, things could have been much, much worse.