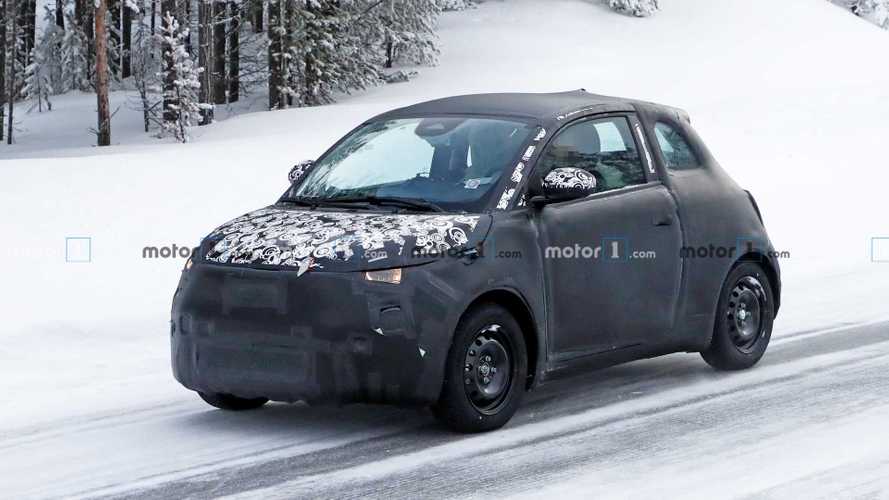 The new EV urban machine should debut in just a few weeks.

There’s a completely new electric Fiat 500 on the way. We’ve already caught the revamped 500e testing a couple of times wearing heavy camouflage, and the prototype in this latest crop of spy photos is as covered up as ever. It appears Fiat is very keen to get the most from its small EV in all weather conditions, as this time it was spotted in the snowy regions of northern Sweden.

Battery range for electric cars can be affected by cold weather, and the previous 500e wasn’t a range rockstar to begin with. It was rated at just 100 miles in the city, but that version of the plucky runabout wasn’t originally designed to be an electric car. The prototype you see here, however, is a dedicated EV from the ground up, and as such we’re expecting to see improvements in both range and performance. Fiat Chrysler Automobiles announced the new platform back in 2018, and it’s destined to underpin several different models within the FCA umbrella. The Fiat 500 will be the first to use it.

That said, there’s still very little info regarding the details of this new architecture. However, the body will obviously be easily recognisable as the 500 we know and love, with the overall shape and even the Fiat’s iconic four-light front fascia identifiable through the camo. There likely won’t be a traditional grille, and it probably won’t have gobs of range like you might find with a Tesla Model 3 Long Range model. We’ve heard the new 500e’s mission will still be that of an urban commuter car, but a range approaching 150 or 200 miles would certainly help sales.

The standard 500 will continue to be sold in its current form alongside the new EV, though ICE-powered models using the new architecture are expected in a few years. The 500e should debut in as little as a few weeks at the 2020 Geneva Motor Show.