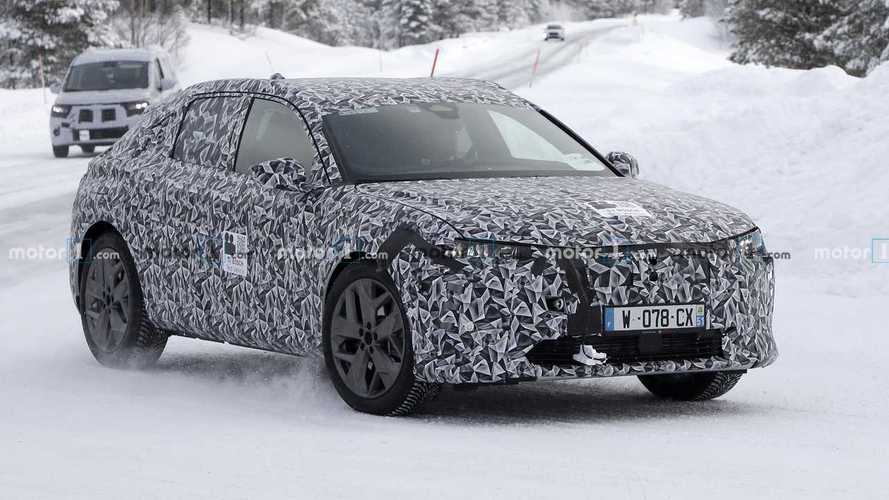 What you are looking at is PSA's upcoming answer to the Mercedes A-Class and the likes.

The first generation DS4 was launched back in 2010 as a luxury hatchback by PSA’s DS premium brand, targeting customers in Europe and China. It hit more than 33,000 sales in its third year on the market but was discontinued after the 2018 model year due to the decreasing demand. Now, the marque wants to resurrect the nameplate with a brand new generation.

What you see in the gallery below are the first spy photos depicting the second-generation DS4 spied testing in snowy winter conditions and covered under heavy camouflage. It’s too early to say anything specific about the vehicle’s design but it appears to be very similar to its predecessor when it comes to the overall shape and dimensions.

Think of it as a hatchback-crossover mashup with an emphasis on modern technologies and luxury features. The prototype suggests there will be a pair of LED headlights at the front and it's logical to assume the taillights will use the same technology, as well.

Underneath the skin, the new DS4 will ride on the platform that will also underpin the new Citroen C4, already spied testing on public roads. The so-called CMP architecture will allow the French automaker to offer a wide range of petrol, diesel, hybrid, and purely electric powertrains.

At this early stage of development, we expect the traditional petrol and diesel models to arrive first, followed by PHEV and EV variants shortly after. The CMP underpinnings will replace the PF2 platform of the previous-gen model.

It is believed the new Citroen C4 will arrive on the market before the year’s end and we wouldn’t be surprised if its premium cousin makes its debut just a few months later. Still, nothing is confirmed at this point.