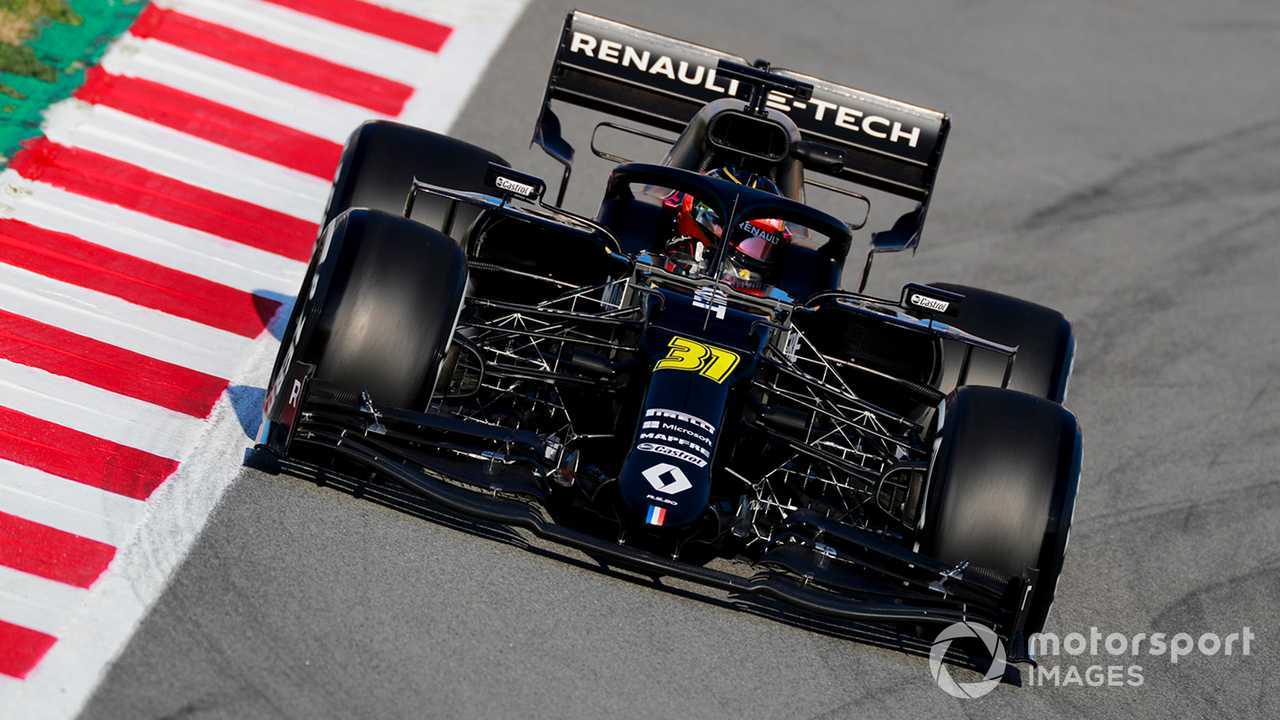 Racing Point has revealed its new Formula 1 car for the first time, as pre-season testing got underway at Barcelona in Spain.

The new RS20 completed a successful shakedown at the Spanish GP track on Monday, with the team having elected against holding an official launch this year.

While the car is in many ways an evolution over its predecessor, the team has been open that there are some aero concepts that are a big step forward.

In particular, the nose of the car is a marked departure from the RS19, as Renault bids to move on from the aero limits that hindered its progress last season.

Speaking at a season launch event in Paris last week, Renault team principal Cyril Abiteboul said the team hoped that not having everything new on the car would pay off in helping it better focus on areas with greater performance potential.

Renault/Mercedes 'agreed' what secrets Ocon can bring over

"This year we decided to take a bit of a different approach. The regulations are stable, so it was offering a fantastic opportunity to keep some elements of the car that have no direct responsibility towards the performance of the car," he said.

"It doesn't mean that it is the same car - it would not look very attractive. But what we have decided to do is focus on performance areas and by doing that, you also work towards 2021.

"If you can be focused on 2020 then you have some extra capacity available for 2021. That is the logic behind what we have done - whether it works or not let's see in Melbourne on the Saturday."

Drivers Esteban Ocon and Daniel Ricciardo will share driving duties this week as they split the three days of running.