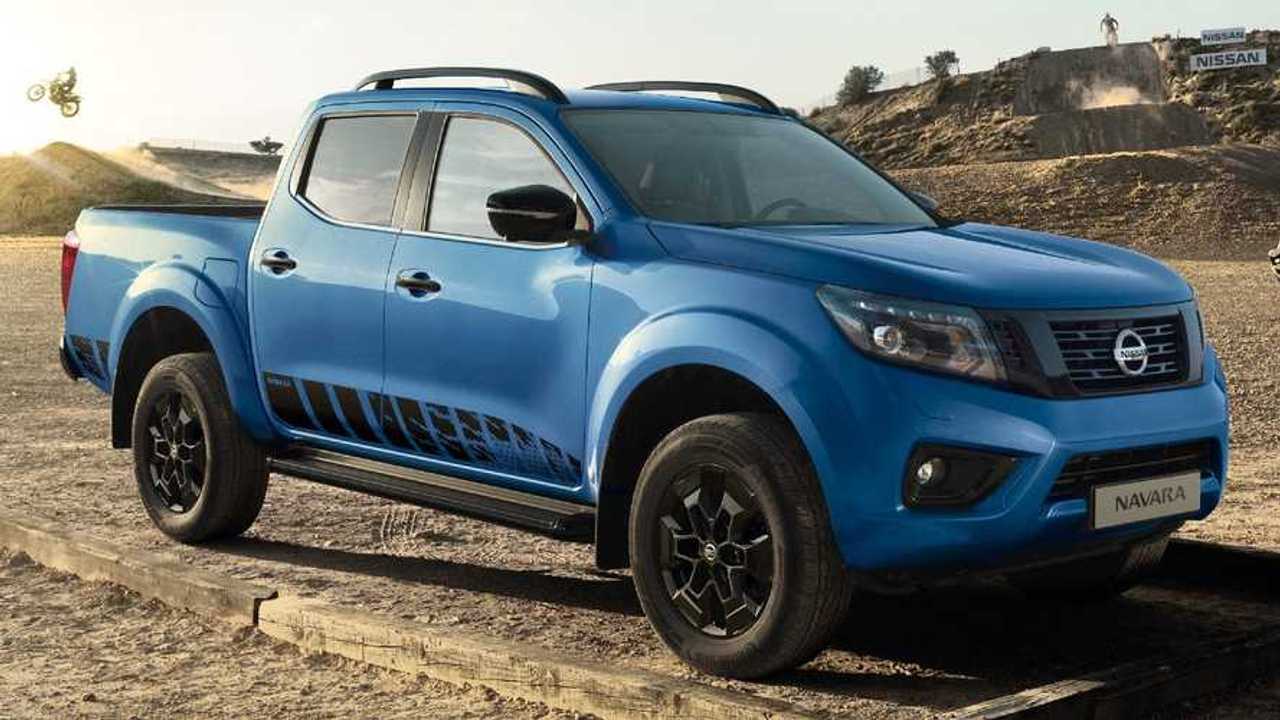 The updated model is designed to feel more plush.

The word “premium” is rarely used to describe pick-up trucks — except perhaps the Mercedes-Benz X-Class — but that’s exactly what Nissan is hoping customers will think about this new model. It’s the updated Navara N-Guard, and it’s the top-of-the-range version of the Japanese company's popular pick-up.

New interior details and decals on the bodywork mark the new model out from its predecessor, with highlights including blue stitching on the leather seats and footwell illumination, as well as floor mat colour accents. There’s also an electric blue paint job on offer, supplementing the existing black, white and grey colour schemes.

But some of the updates are less obvious. The pick-up now comes with spray-on liner for its load bed, which absorbs shocks and sound, while also offering more resistance to the elements, improving the vehicle’s practicality and refinement.

More on the Nissan Navara:

That’s in addition to the standard equipment already seen on N-Guard models, which includes an eight-inch colour touchscreen infotainment system and smartphone integration with Android Auto and Apple CarPlay. Leather seats are standard, too, along with satellite navigation and alloy wheels.

And then there’s the equipment fitted to all Navaras, including a 2.3-litre diesel engine, which in this case pumps out 188 bhp and 332 lb-ft of torque. With a choice of a six-speed manual gearbox or a seven-speed automatic, the N-Guard is also equipped with a part-time four-wheel-drive system and a low-ratio transmission for serious off-roading.

Those mechanical attributes also allow it to tow a trailer weighing up to 3.5 tonnes, while the changes Nissan has made to the Navara’s suspension means it can carry more than a tonne of cargo in its rear load bed. There’s a recently upgraded four-disc braking system, too, which Nissan says makes the vehicle easier to handle and control.

But some of the driver assistance features are even more high-tech, with an emergency braking system that brakes automatically if the vehicle detects an impending collision. There’s also a 360-degree manoeuvring camera to prevent parking prangs and hill start technology that stops the vehicle rolling back during hill starts.

Production of the new Navara N-Guard starts this month, and the vehicle will be available to customers in March. Prices start from £30,775 plus VAT and other on-the-road prices, such as the first registration fee and road tax.

“With its refreshed look, advanced connectivity and dependable off-road talent, the new Nissan Navara N-Guard really allows this pickup to be a workhorse during the weekday and a stylish companion in the evening and on the weekend,” said Soufiane Elkhomri, light commercial vehicles general manager for Nissan Europe. “This all-round versatility and appeal has made the Navara N-Guard a highly popular choice with customers, and we look forward to seeing customers enjoy everything that this renewed version has to offer.”