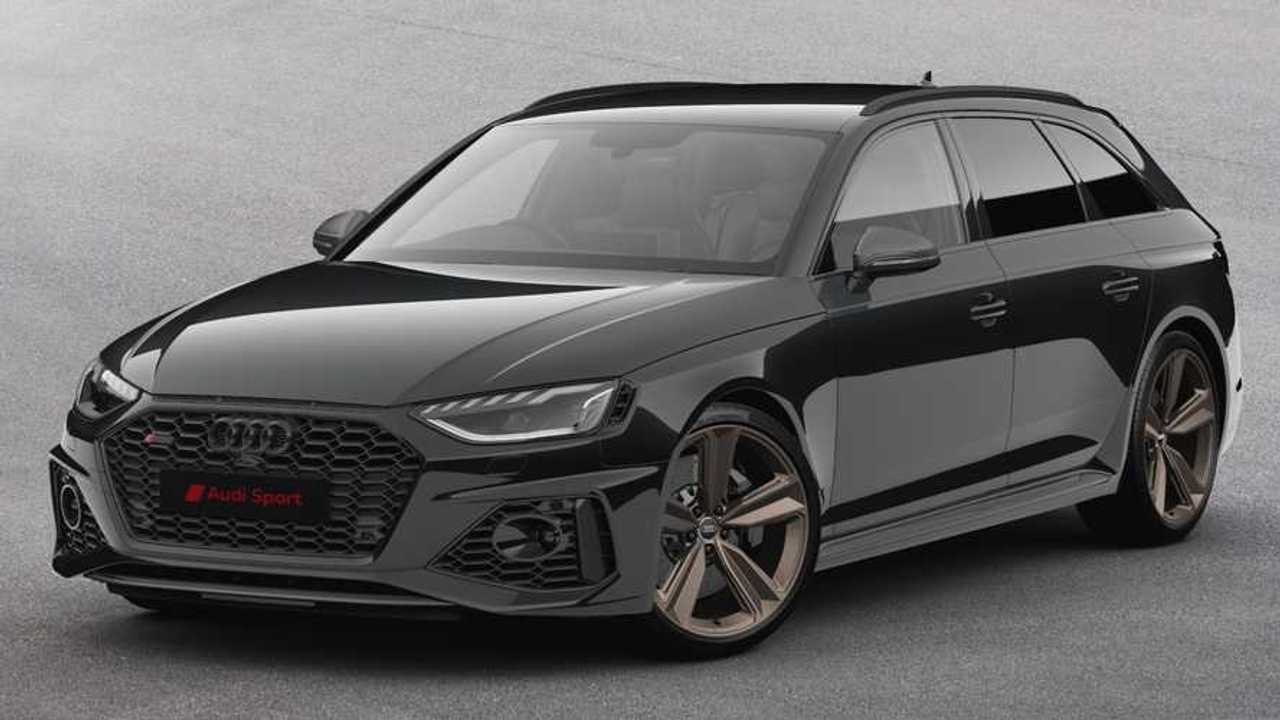 The V6-powered estate cars do 0-60 mph in around four seconds.

If you’ve ever wanted a fast estate that’s both smaller and slower than an RS 6, yet still costs almost as much, Audi has the answer. It’s called the RS 4 Avant Bronze Edition, and it’s a limited-production version of the V6-powered RS 4 we’ve come to know and love.

As the name suggests, the Bronze Edition is marked out primarily by its bronze-coloured alloy wheels, as well as the exclusive Vesuvius Grey paintwork. However, each of the 25 examples coming to the UK will also get a high-gloss black finish for the grille frame and front air intake surrounds, along with a matt carbon lip spoiler. Black roof rails and window surrounds also feature, alongside matt carbon mirror housings and a matt carbon diffuser with a high-gloss black insert at the rear.

Inside, there’s bronze contrast stitching on the black leather sports seats, and on the leather padding that lines the centre console and armrests. The matt carbon fibre seen on the outside of the car is also replicated on the dashboard, with inlays designed to complement the contrast-stitched leather.

Because it’s based on the ‘standard’ RS 4 Avant, the Bronze Edition gets much the same level of equipment. Matrix LED headlights are standard, as is the MMI Navigation Plus infotainment system. Massaging front seats are included, too, along with the Audi Virtual Cockpit digital instrument cluster and the Audi Phonebox wireless smartphone charging system.

However, the newcomer also gets some additional features to help justify its £82,395 asking price. These include the Comfort and Sound Pack, which offers drivers the Advanced Key system, which enables the keyholder to unlock and open the car by simply lifting each door handle without needing the key in hand. It also incorporates electric hands-free opening for the powered tailgate, operated by touching a foot against a sensor mounted under the rear bumper, and a 360-degree camera that offers a top-down view of the car and its surroundings. And, inevitably, there’s a 755-watt, 19-speaker Bang & Olufsen audio system.

More on the Audi RS 4 Avant:

Up front, the Bronze Edition gets exactly the same engine as the conventional RS4 models. It’s a 2.9-litre V6 petrol engine, which uses two turbochargers to help it develop 444 bhp. That’s fed to all four wheels via an automatic gearbox, and it’s enough to get from 0-62 mph in 4.1 seconds. In the Bronze Edition, the top speed is limited to the traditional 155 mph, but the Vorsprung model is unleashed to hit 174 mph.

Just 25 Bronze Editions will be coming to the UK, with the first of these arriving with customers in March.