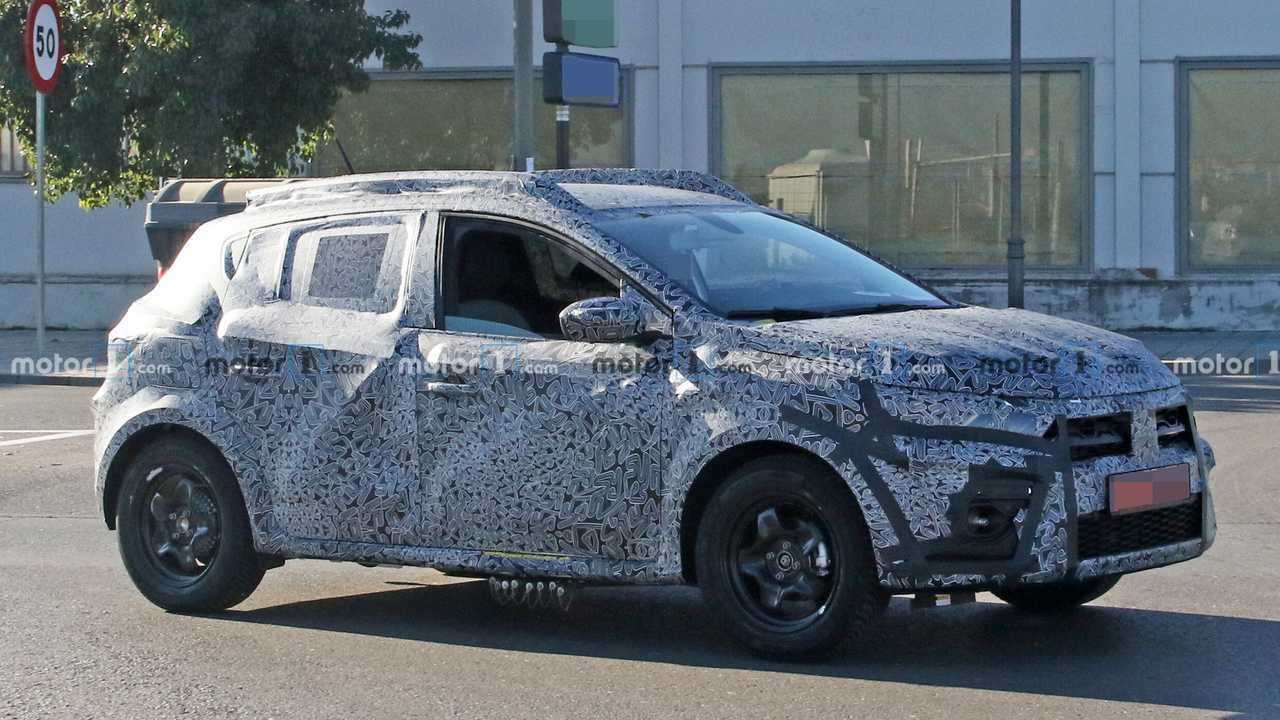 My what big roof rails you have.

Ah, the Dacia Sandero. The plucky hatchback’s notoriety has long-since grown beyond its Romanian roots thanks to a certain motoring show presenter whose name rhymes with Tames Hay. We know a completely new Sandero is coming later this year, but a fresh batch of spy photos show Dacia designer still appreciate getting high with the return of the crossover-ish Stepway.

As with the standard Sandero, the underpinnings should be connected with the Renault Clio but the Sandero Stepway obviously exudes a bit of ruggedness with a slightly lifted ride height. It’s not going to be climbing any mountains, as the Stepway’s upgrades are primarily cosmetic with wing flares, roof rails, and special fascias for the front and rear that look a bit tougher versus the standard car. There’s still a considerable amount of camo on this test car, but the clingy wrap in front seems to reveal some angled corner cutouts for vents and driving lamps.

The new photo batch also takes us inside for a clear look at the Sandero’s four-spoke steering wheel, which closely resembles what you’ll find in the current model. We’re also given a clear shot of its large touchscreen display looking very plastic in bright sunshine. It’s possible the housing could be for testing purposes, as there’s obviously still plenty of testing gear and camouflage throughout the interior, concealing details of the door panels, dash, and console.

Speaking of things we can’t see, the Sandero’s bones are almost certainly a lower-cost version of Renault’s CMF-B platform shared with the Clio. Rear drum brakes are clearly visible on this Stepway prototype, and under the bonnet we expect to see a tweaked version of the 1.0-litre TCe petrol engine which currently develops 99 bhp ( 75 kW). It’s possible the dCI 95 diesel could be offered as well.

Current thinking is that the new Sandero will debut later this year for European buyers at the Paris Motor Show as a 2021 model. The Stepway could debut then as well.