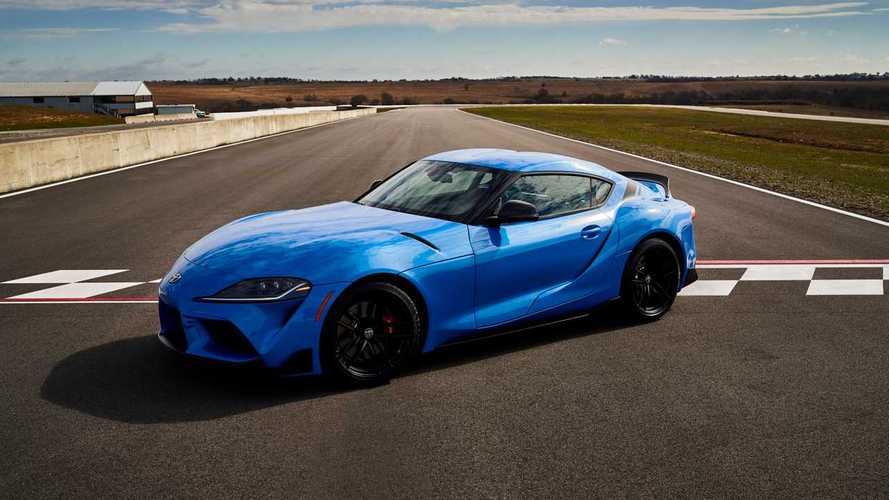 The Supra in Europe keeps the 335 bhp output.

Sorry Europeans because you're not getting the 2021 Toyota Supra with its new 382 bhp (285 kilowatts) output. Piston Heads reports that the stricter emissions regulations there mean that the company can't offer the higher-output powertrain. The 3.0-litre inline-six turbocharged engine continues to produce 335 bhp (250 kW) in Europe, just like the 2020 Supra in the U.S.

The updates to the 2021 Supra bring its output in line with the BMW Z4 M40i in the American market. Toyota said that the changes to the engine included adding a dual-branch exhaust manifold with six ports instead of two on the 2020 model. The company also fitted new pistons. The improved power cut the estimated acceleration to 60 miles per hour (96 kilometres per hour) to 3.9 seconds, rather than 4.1 seconds previously.

The 2021 Supra has more than just a power upgrade, and it's not clear at this time whether these improvements would be available on the European model. Toyota tweaks the damper tuning and fits aluminium braces that connect to the strut towers to the radiator support. There are also programming changes for the power steering, adaptive suspension, stability control, and active rear differential.

The 2021 Supra is very intriguing:

The Supra 2.0 weighs 1,442 kilograms (3,181 pounds), which is 91 kilograms (200 pounds) less than the six-cylinder model. Part of the diet comes from removing features like the active differential, adaptive suspension, and power seats.