Frank-Steffen Walliser is Porsche’s head of motorsport, and he alluded to the idea that the manufacturer is seriously considering a battery-powered 718. We already know of plans to launch an all-electric version of the Macan, but it’s the first time a high-ranking Porsche official goes on record to talk about what could end up being called the E-718.

The Porsche motorsport boss was recently interviewed by Auto Motor und Sport in order to obtain information about the specifics of the company’s electrification plans. Walliser immediately denied the possibility that there will be a plug-in hybrid 718, arguing that it would make the brand’s entry-level sports car too complex, expensive and heavy - he said it's only a solution for the Cayenne and Panamera (indirectly suggesting the 911 is not suited to becoming a PHEV either).

He went on to say that an all-electric 718 would make a lot more sense, given that they could slot batteries in the middle of the car, in the space where the internal combustion engine would normally sit. Putting the batteries in the floor - a staple of pretty much all good EVs nowadays - is not really an option for an electric sports car, because it would compromise the low driving position, according to Walliser. 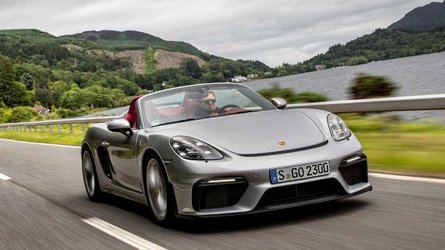 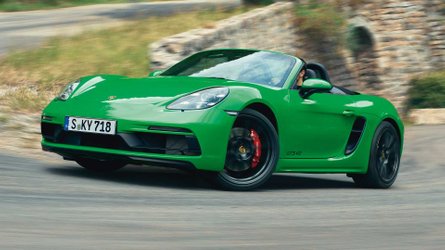 Making the car would pose a challenge for the manufacturer, but he seemed optimistic about the prospect. The car would have a projected WLTP range of around 300 miles, and weigh some 200 kilograms more than a petrol-burning 718, for a grand total of around 1,700 kilograms.

Walliser adds that even with the extra weight, the car would still perform as is expected from a Porsche sports car (not that we needed any convincing, after seeing what the nearly 2.5-ton Taycan is capable of). Rear-wheel drive-only versions would be possible, but it also sounds like all-wheel drive is also in the cards for the E-718.

Last point mentioned is that since the 718’s main market now is China, where it is bought almost exclusively by people who live in heavily polluted megacities, making it all-electric would definitely make sense. And since China is such a big market, one where EV uptake is rising rapidly along with citizens’ purchasing power, we just might see this model debut sooner than we expect - maybe this is what the Porsche engineer quoted by Chris Harris on Top Gear was talking about.

Until then, you can check out our (obviously Taycan-based) speculative rendering of what the electric 718 might look like.