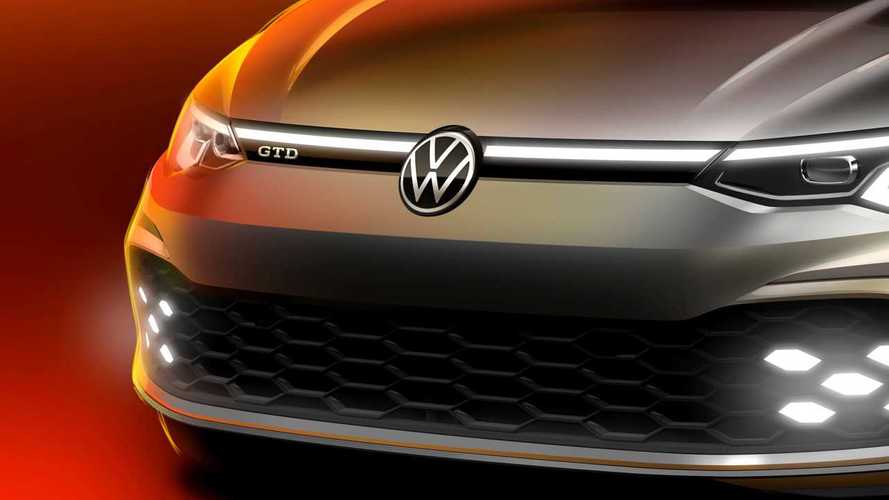 The diesel is not dead yet.

Even though the “GTD” badge is far less popular than the iconic “GTI”, especially outside of Europe, the diesel-fuelled hot hatch has been around for nearly as long as its petrol counterpart. While the original GTI came out in 1975, the diesel followed suit only seven years later with the 1982 Golf GTD.

Despite the fact that the Volkswagen Group’s image – not to mention its bank accounts - has been greatly affected by the Dieselgate, the Golf GTD will live to see another generation. Next month, the Mk8 will celebrate its world debut at the Geneva Motor Show by making some rather bold claims – “cleanest turbo diesel injection (TDI) engine ever to be installed in a Golf.” Not only that, but VW says the new Golf GTD will be powered by “one of the cleanest combustion engines in the world.”

Here are the other three hot Golfs coming This Year:

VW is making these promises in relation to the latest technologies implemented in the 2.0 TDI (EA 288 Evo) to make it less harmful to the environment. As you may recall, a video was recently posted by the company to detail the twin-dosing process and the implementation of three catalytic converters. NOX levels have been reduced by as much as 80 percent compared to the previous generation of the four-cylinder diesel mill while maintaining the low-end torque and reduced fuel consumption that diesel fans appreciate.

While VW isn’t saying how much power it will deliver in the new Golf GTD, a leaked slideshow from what must have been an internal presentation revealed an output of 147 kilowatts, which works out to 197 bhp. If that number turns out to be accurate, it represents a 16-bhp boost over the old model. There’s no word about torque just yet, but we’ll remind you the Golf GTD Mk7 had 280 pound-feet (380 Newton-metres) from 1,750 rpm.

It remains to be seen whether the Golf GTD will spawn a new estate this time around, and we’re also curious to find out whether there will be both a manual and a DSG available like it was the case with the previous model.

We will know what’s what early March when the car will celebrate its premiere in Geneva alongside the Golf GTI. Later in 2020, a hotter GTI TCR will arrive and will be followed shortly by the all-wheel-drive R.

Volkswagen will celebrate the world première of the Golf GTD at the Geneva International Motor Show from 5 to 15 March. Among the technical highlights is the most powerful and – thanks to twin dosing – cleanest turbo diesel injection (TDI) engine ever to be installed in a Golf. It harmonises the confident dynamism of the Golf GTD together with higher efficiency and lowest emissions. The charismatic design of the Golf GTD reflects a unique combination of dynamism and self-confidence.

The diesel top-of-the-range version, based on the new eighth generation of the Golf, will carry the long tradition of the GTD into the future. In 1982, Volkswagen presented the very first Golf GTD. At that time, Volkswagen brought new excitement into the compact class with its turbo diesel and other equally sporty features, like in the Golf GTI Mk1.

And almost four decades later, this same dynamic concept is still going strong: Once again, Volkswagen will introduce one of the most economical and at the same time sporty compact models to the market with its Golf GTD. A significant increase in performance is accompanied by lowest emissions: The Performance TDI’s efficiency has been significantly optimised and CO2 emissions have been cut even further, all while simultaneously improving responsiveness.

Thanks to a new twin dosing SCR with double AdBlue® injection, NOx emissions will be greatly reduced as compared to its predecessor. This makes the TDI in the new Golf GTD one of the cleanest combustion engines in the world. And by the way, the four-cylinder powerhouse is started by pressing a pulsing button in the completely digitalised cockpit – to the beat of a new era.