More than nine in 10 new cars acquired by private buyers were financed.

The new car finance market grew to be worth more than £19.6 billion in 2019, despite a reduction in the number of vehicles financed. Figures from the Finance and Leasing Association (FLA) show that the value of new advances made by lenders rose by one percent last year, although the number of new private cars bought on finance fell by three percent.

Perhaps the reduction in volume is to be expected, after data from the Society of Motor Manufacturers and Traders (SMMT) revealed a 2.4-percent drop in new car registrations in 2018. And with finance accounting for almost 92 percent of the private new car purchases made in 2019, it makes sense that volumes should fall in line with registrations.

However, that clearly didn’t stop the value of advances rising to £19.638 billion — a rise of more than £250 million on the £19,384 billion loaned to borrowers in 2018. And the FLA is predicting another increase in 2020, assuming consumer confidence improves with the reduced uncertainty of elections. 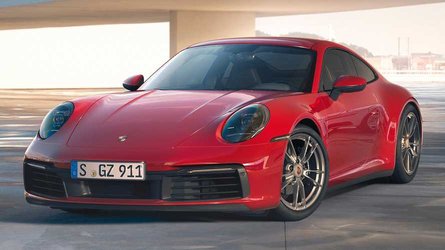 ““The performance of the consumer car finance market in 2019 was in line with expectations,” said Geraldine Kilkelly, head of research and chief economist at the FLA. “FLA members continued to set new records in 2019, with the penetration rate of consumer new car finance reaching 91.7%, and a record level of new business volumes of almost 1.5 million cars reported by the consumer used car finance market. A similar performance of broadly stable new business volumes overall in 2020 is likely if we see a pick-up in consumer confidence.”

As Kilkelly alluded to, the private used car finance market performed even more impressively, with just under 1.49 million used cars bought on finance last year. That was a two-percent uplift on 2018, when a little under 1.46 million used cars were financed.

And the increase in value was even more impressive. In 2018, the value of advances handed out by lenders hit £17.57 billion, but that figure rose by four percent last year, topping £18.37 million during the course of 2019.

Overall, therefore, the consumer car finance market finished the year having financed more than 2.4 million car buyers — broadly the same number as in 2018 — and with a total value of advances of more than £38 billion. That huge total was an increase of around three percent on 2018, when just under £37 billion was loaned out by financiers.