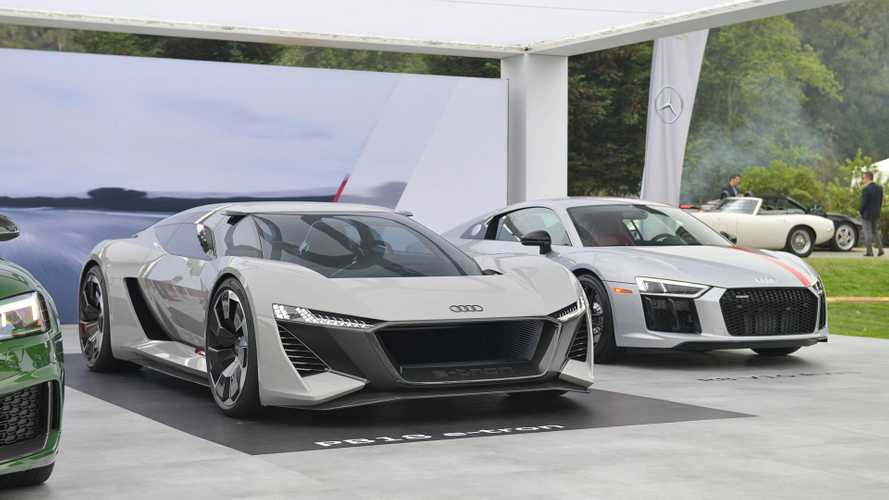 The challenges will be keeping the weight in check and giving the machine a compelling sound.

A third-generation of the Audi R8 (PB18 E-Tron concept pictured) appears to be in the planning stages within the company, and there look to be major changes afoot like a switch to an electrified powertrain. Audi Sport Managing director Oliver Hoffman offered some hints about what to expect in an interview with Top Gear.

"There’s no decision yet regarding the technology and platform of the next-generation R8. But with this next generation we have to fulfil all the regulations worldwide. That means it will be a car with an electrification part," Hoffmann told Top Gear.

Electrification also lets Audi increase the third-gen R8's horsepower output without a concern for higher combustion engine emissions. However, this comes with the challenge of keeping down the vehicle's weight because of the extra mass from the battery pack and electric motors.

More rumours about the R8'S future:

One of the complaints about EVs among traditional sports car fans is the lack of a dramatic sound for them. Hoffman suggests the company is trying to address this. "We’re working very hard to design a special electric sound. So one way you can do this is to have the same noise as in combustion. So synthetic sound. But this is not the right answer. And I think in the future – my opinion – you will have a special sound for electric cars, and we will see a differentiation in the brands," Hoffmann told Top Gear.

In an earlier discussion, Hoffmann indicated that Audi Sport has been pushing hard to retain a V10 engine for the third-gen R8. It's not clear whether opting for a hybrid would allow for low enough emissions to keep the big powerplant, especially for such a low-volume product. For example, R8 sales in the United States dipped 38 percent in 2019 to just 574 units.