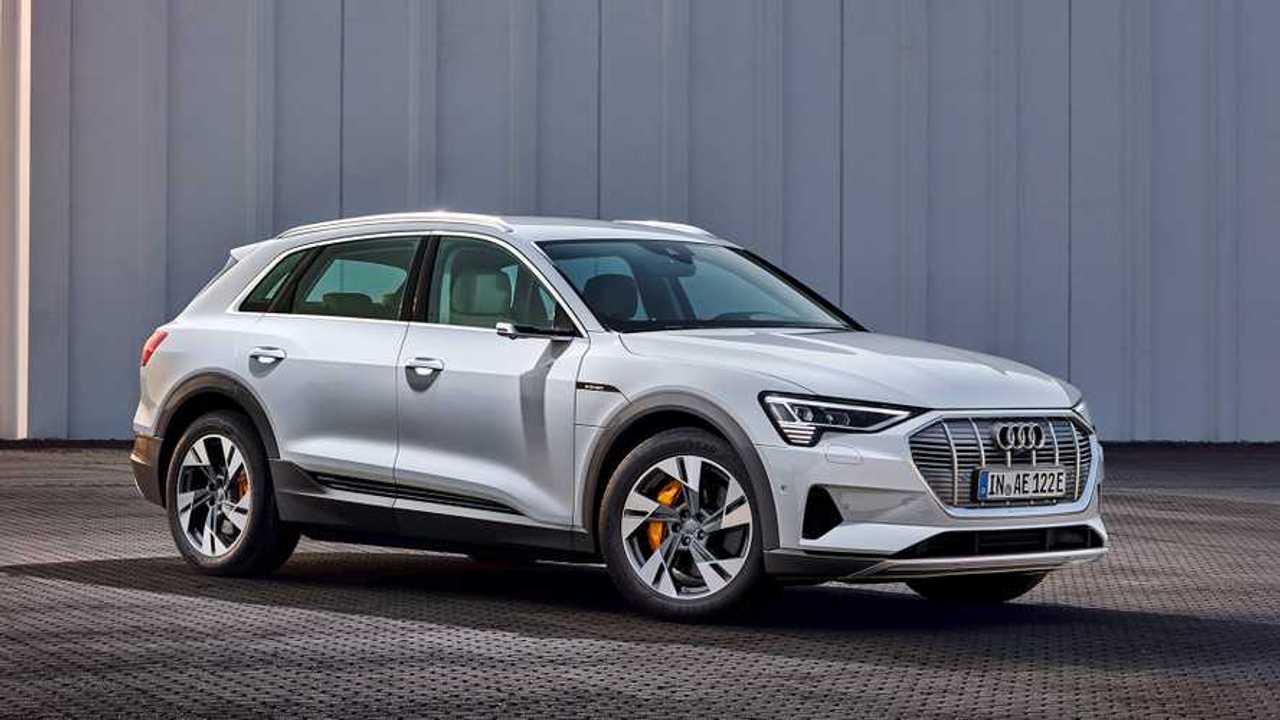 The new entry-level version of Audi’s e-tron electric SUV has gone on sale in the UK with prices starting at just under £60,000.

Dubbed the e-tron 50 Quattro, the newcomer sits below the more powerful 55 Quattro in the e-tron range, and offers less range. The model comes with a starting price of £59,900, although that’s before the £3,500 Plug-In Car Grant (PICG) currently available for electric vehicles is applied.

For that money, you get a pair of electric motors providing a combined total of 308 bhp — a little under 100 bhp fewer than the 55 Quattro — and a 190-mile range. In comparison, the 55 model manages a much more impressive 270 miles on a single charge.

That money also gets you the lowliest of four trim levels: Technik. Included as standard are 20-inch alloy wheels, LED headlights and contrast finish bumpers, while the cabin gets heated leather seats, satellite navigation and smartphone integration.

Spending a bit more on the mid-range Sport model, however, will add contrast grey alloy wheels to that list, as well as a few high-tech features. There’s the Audi Music Interface for rear passengers, as well as Audi Phonebox wireless charging, while the seats are upgraded to sportier leather-trimmed numbers.

S-Line, meanwhile, is a new addition to the e-tron range, having proven popular among customers on more conventional Audi models for many years. Those sportier-looking models are marked out by their S Line styling tweaks and sports suspension, as well as larger 21-inch alloy wheels and body-coloured bumpers. Inside, the S Line gets an extended leather pack, matt brushed aluminium inlays and a three-spoke S Line steering wheel.

Topping the range, however, is the Launch Edition model, which costs £72,700 before the PICG is applied. That car is set apart by its black trim around the grille and windows, as well as its 21-inch alloy wheels and panoramic sunroof. The biggest difference, though, is the fitment of “virtual door mirrors as standard”. Unlike conventional mirrors, these are much smaller, and use cameras to project the image they see onto screens in the cabin.

“This new version of the e-tron opens up the possibility of driving ultra-economically and with zero local emissions to a wider customer base,” said Audi’s UK’s director, Andrew Doyle. “Our research has shown that on a daily basis many prospective buyers will cover significantly less than the 190-mile maximum achievable in the e-tron 50 on a full charge, so for them this more accessible yet no less accomplished variant makes perfect sense. It is also notable for introducing attractive new specification options, including the ever popular S Line, that will roll out across the e-tron range in the longer term.”