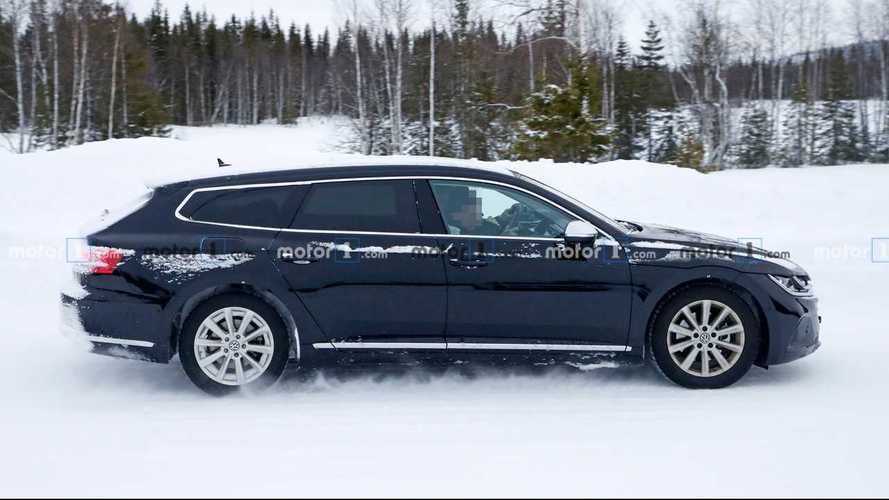 Sneaky VW camouflaged the prototype to make it look like a Passat estate, but we know better.

Volkswagen has been talking about the prospects of introducing an Arteon estate since December 2016, even before the fastback received its world debut. The more stylish alternative to the Passat Variant was finally announced in August 2019, although at that point, the folks from Wolfsburg only revealed plans for a shooting brake, without actually mentioning it would be based on the Arteon. The car was indirectly revealed about a month ago as the CC Travel Edition for China, and now, we finally get to see its European cousin while undergoing testing in snowy Sweden.

Disguised to mimic the Passat Variant, the Arteon looks quite large and therefore it should be immensely practical. VW might label it as a shooting brake, but at the end of the day, it’s a typical estate with rear doors and all. The test vehicle appears to be almost undisguised, although there are stickers on the taillights to hide the actual design. At the front, the bumper appears to be carrying some camouflage in the same colour as the vehicle’s body, but it’s probably not hiding something to write home about.

Much like the aforementioned CC Travel Edition, the Arteon Shooting Brake appears to have a slightly higher ground clearance and is also equipped with plastic cladding on the wheel arches. These tweaks effectively make it a fancier alternative to the Passat Alltrack and a more premium option compared to the recently launched Skoda Superb Scout.

Aside from the obvious extension of the roof, the more practical Arteon has gained a bigger rear spoiler and a wiper, while the CC Travel Edition’s roof rails appear to be missing on this prototype. Faux exhaust tips are noticeable – a trend that can’t die soon enough.

Here's what you should know:

We’re not expecting any major changes inside as the Shooting Brake will likely carry over the liftback’s cabin. That said, VW has promised the Arteon will get a facelift later this year, which will bring some “cool enhancements” inside, according to Hein Schafer, VW's senior vice president of product marketing and strategy. We also know the new derivative is going to be assembled in Germany at the Emden plant.

An official reveal of the posh shooting brake should take place later this year, either to coincide with the debut of the Arteon facelift or shortly thereafter.