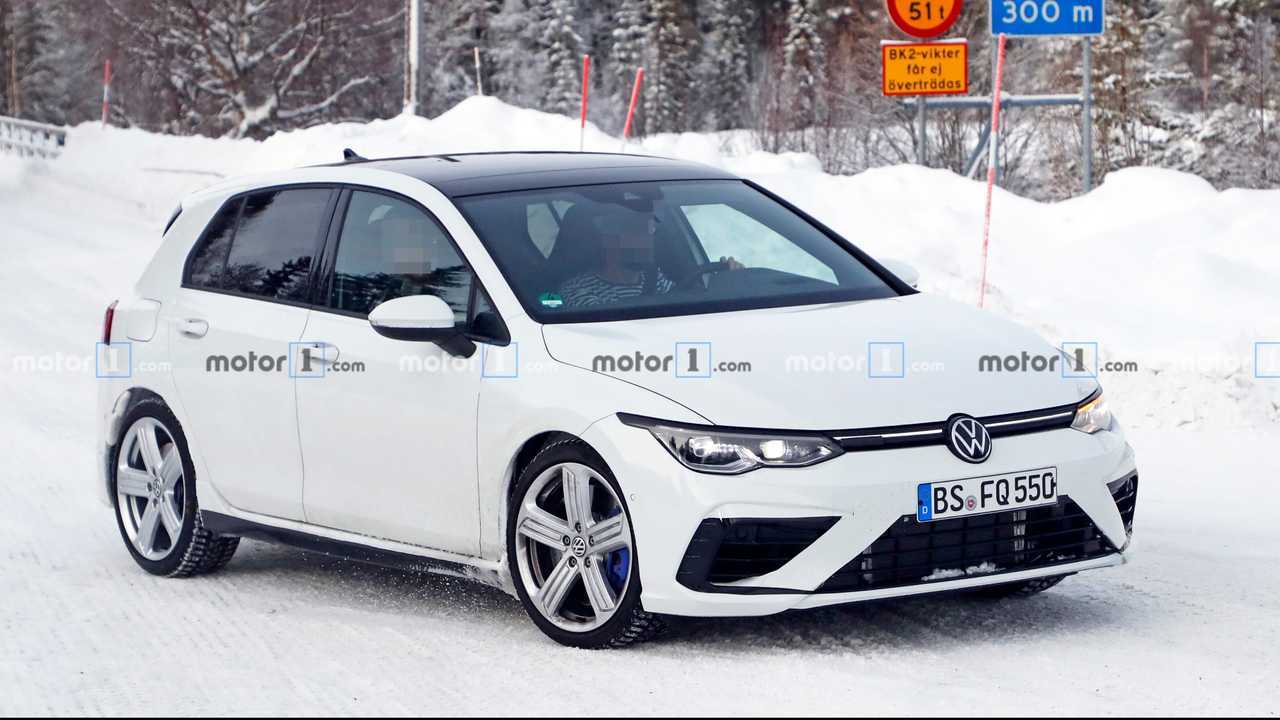 In many ways, we’re still getting acquainted with the new VW Golf. The eighth-generation hatchback debuted in October 2019, and VW didn’t beat around the bush with talking about performance variants. The GTI was a no-brainer, but today we have crystal clear spy shots showing the decked-out Golf R without a single stitch of camouflage to be found anywhere. So basically, here’s the new R model several months before VW wants you to see it.

How do we know this is the R? The quad exhaust tips flanking a diffuser on the lower rear fascia are a dead giveaway. Those design cues scream Golf R, and then there are the massive brakes behind the wheels. We actually saw similar brakes on recent GTI TCR spy shots from earlier in February, but the front fascia on this car is completely different and more aggressive.

Lastly, there’s one photo from the rear that seems to show a bit more snow being flung upwards from the back tyres. Admittedly that’s a stretch since we’re dealing with aggressive snow tyres, but the Golf R will be all-wheel drive and this shot suggests the back tires are breaking loose ever so slightly.

In the grand scheme of things, the hot R model is still a very stealthy hot hatchback. A leaked VW slideshow said it will boast 329 bhp from its turbocharged mill, sent to all four wheels through a dual-clutch gearbox. It’s a decent bump in power from the current generation and should certainly provide some stiff competition for the Honda Civic Type R, which still funnels all its power to just the front wheels. There could even be a hotter model making upwards of 400 bhp further down the line.

The GTI is confirmed for a debut in March at the Geneva Motor Show, which means it should go on sale later this year. As for the Golf R, reports say it will debut this summer at the Goodwood Festival of Speed though it’s unconfirmed at this time. Other rumours have it going official later this year, however, with this test vehicle parading around without any coverings, it’s already revealed.