Rumour has it the model slots between the Chiron Sport and the Super Sport 300+.

Bugatti managed to entice wealthy individuals to buy the ultra-expensive Veyron by introducing a plethora of special editions throughout the hypercar’s 10-year life cycle. From one-off versions to extremely limited-run cars, the former speed king from Molsheim spawned a plethora of exclusive derivatives in the Volkswagen Group’s quest to sell all 450 cars planned for production.

But while the Veyron’s special editions were mostly appearance packages – except for the Super Sport and Grand Sport Vitesse – it’s a different story with the model’s successor. Limited to 500 examples, the Chiron has already received a Sport version with actual hardware changes, along with a few other versions bringing entirely different bodywork and a bump in power. Relevant examples include the record-breaking Super Sport 300+, the one-off La Voiture Noire, the sleek Divo, and the Centodieci serving as a tribute to the EB110. 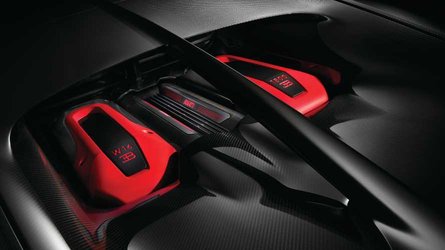 The Roaring Twenties: Bugatti's W16 to live on through the 2020s 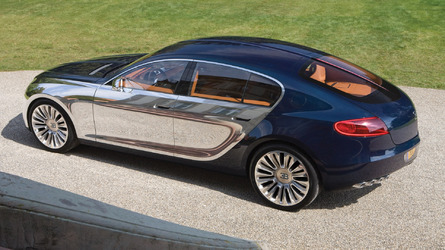 Second Bugatti model could be a daily driver

2020 is already shaping up to be an interesting year for Bugatti fans as the company released a cryptic image on Instagram about a month ago. It signalled the arrival of another Chiron derivative, and now we might know what was hiding underneath the car cover. A new report published by The Supercar Blog says the Golf won’t be the only car from the VW Group to get the “R” treatment this year as a Chiron R is coming soon.

How soon? Apparently, the world debut is scheduled to take place at the 2020 Geneva Motor Show early next month. The latest version of France’s hypercar is expected to slot between the aforementioned Chiron Sport and Super Sport 300+. It’s said to have a revised aero package with a fixed rear to boost downforce at the rear axle, which would sharpen up handling at the expense of outright top speed.

The car in question might’ve been spotted last week in South Africa at the O.R. Tambo International Airport in the company of other Bugattis. All of them were fully covered, but one stood out due to its tall rear end, thus hinting at the rumoured wing replacing the standard adjustable spoiler. Of course, that might’ve been the Divo or the Centodieci as both have proper rear wings, although we should point out the wheels were different.

The 90th Geneva Motor Show kicks off March 3 with the first press day, so we only have to wait about three weeks to find out whether the rumour mill is accurate.