Move along folks, nothing special to see here.

The video is a collage of wild, short clips of diverse (and all young) Cooper SE owners living their lives and having fun, which is what the MINI brand is mostly about. There are a few references to the fact that the car is electric, but they are just sprinkled in every now and then.

Also of note is all of the scenes were shot in urban environments as expected since MINI has made it clear they see the 110-mile range Cooper SE and urban runabout. 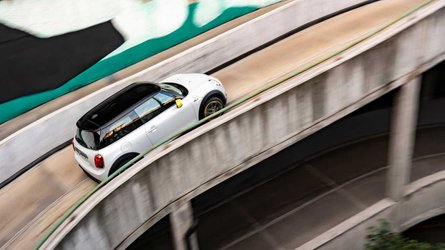 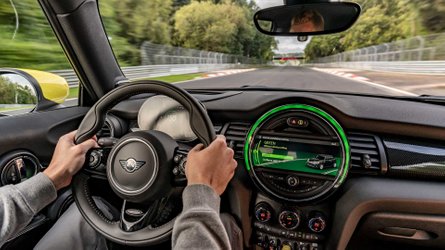 The commercial could be reshot with a petrol MINI and 95% of it would work perfectly. MINI is clearly not looking to celebrate the fact that the Cooper SE is electric, and that conclusion isn't arrived at solely from the commercial.

When we participated in the Cooper SE media drive in Miami last month, I asked MINI representatives about the appearance of the car, and whether they wanted it to look different from their other offering. I was told they didn't think their customers wanted the car to stand out from the conventionally-fueled MINI Coopers, which is why they only have small exterior trim differences, with yellow accents, the small plug logo, and the closed-in front grille.

Personally, I think that's a good idea. I don't believe the majority of people want their car to scream "I'm electric" anymore. There was a time, maybe ten years ago when this latest electric car movement was just starting and a lot of early adopters wanted everybody to know they were driving an electric car. However, EVs are going mainstream now, and I don't think the majority of people are looking for the added attention that the special badging, stickers, etc may bring.

However, marketing is a little different. I like the "have fun" message, but personally, I would have inserted a little more about the fact that it's an all-electric car. Perhaps showing it taking off with the instant torque of the electric motor, or driving by a petrol station and laughing, something along those lines.

Take a look at the video above and let us know what you think in the comments below. Did MINI get it right? If not what changes would you suggest?