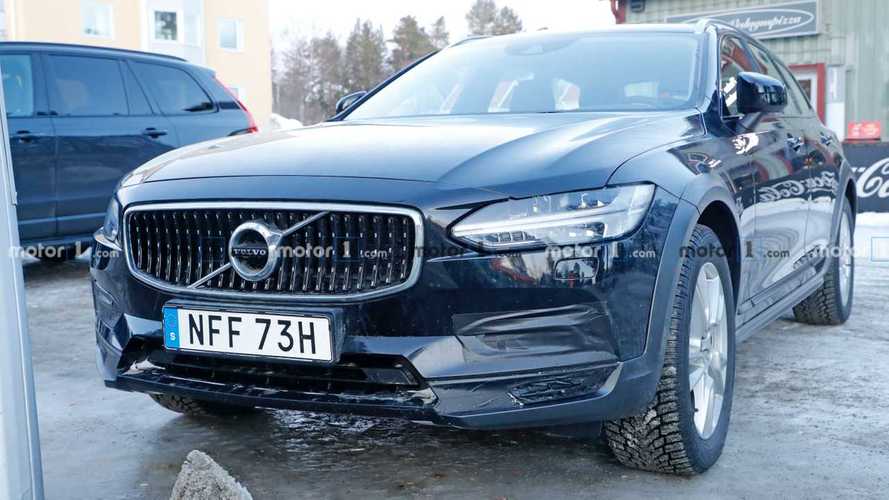 The refreshed estate should debut sometime this year.

The Volvo V90 Cross Country is one of the automaker’s newest estates, replacing the aging V70. It, along with the XC60, continues Volvo’s design evolution introduced on the XC90 crossover. But now, three years into the V90’s lifecycle, Volvo is giving the high-riding estate, and the rest of the S90/V90 lineup, a mid-cycle refresh. New spy photos provide an up-close look at the minor changes coming.

When the updated Volvo V90 Cross Country arrives, it’ll have a reworked lower front fascia. The lower grille opening has a different shape as do the fog light housings. It looks a bit less aggressive. The rest of the front end looks identical to the current model. The headlights are the same as is the wide, elegant grille.

The rear of the Volvo looks like that of the current model; however, don’t expect it to remain unchanged. Earlier photos of the V90 and V90 Cross Country have camouflage covering part of the taillights, hinting that they could feature an updated, more three-dimensional design compared to the current car’s more flat appearance.

Inside, changes should be kept to a minimum. There’s a possibility of Volvo updating the infotainment system with more Android functionality – something announced in 2018 and shown off the following year on the XC40 Electric. It could also receive more driver-assist systems such as Volvo’s Oncoming Lane Mitigation system, City Safety with Autobrake, and cross traffic alert.

Other changes could happen under the refreshed sheet metal. That includes the possibility of the V90 CC receiving the XC90’s kinetic energy recovery braking system. Though, just like the recently refreshed XC90, the V90 CC’s visual changes will likely be minor. Volvo should debut the Volvo V90 Cross Country – and the S90/V90 – sometime this year.