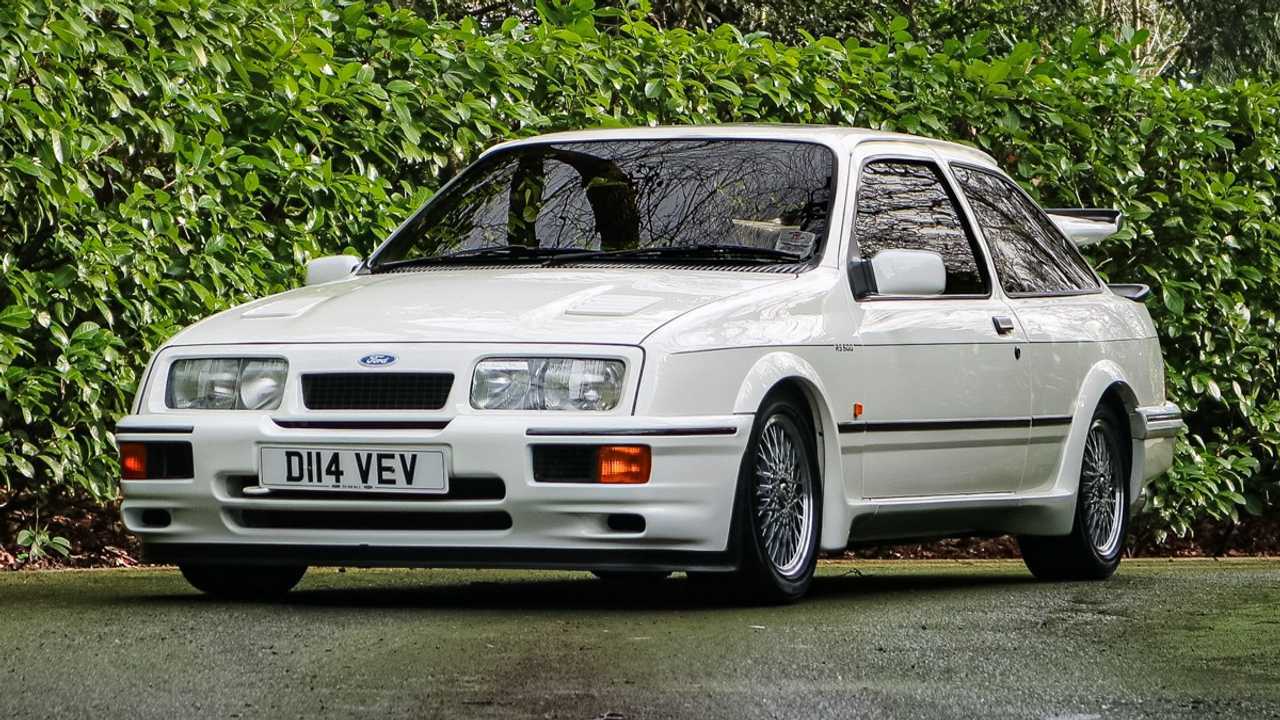 An ultra-rare Ford, used for the development of one of the brand's most famous models, is heading to auction later this month.

The 1987 Ford Sierra RS500 with the registration D114 VEV is regarded as a holy grail for Ford collectors. The car, which is chassis 003, was originally owned by Ford and was used for the testing of the turbo and intercooler during the model's development phase.

Check out these modern Fast Fords

It comes fitted with Eggenberger Motorsport tuned engine lifted directly from the road-going RS500 of touring car star Steve Soper and has just 69,000 miles on the clock despite being over 30 years old – that figure has been verified by the RS500 Owners Club. All the relevant paperwork comes with the car too, including the build sheets to prove the engine transfer by Ford.

Also crossing the block is a original 1978 Ford RS2000 Custom with just 64,450 miles ont he clock. The unrestored car comes with the Fishnet Recaro seats and a distinctive polyurethane droop snoot nose. That is expected to sell for £30,000-£35,000.

As well as the legendary Fast Fords, a Renault 5 Turbo 2 with just 37,572 miles on the clock will also be available The car, billed as a more affordable version of the car that tackled the Monte Carlo rally in the 1980s, comes with  flared wheel arches and Gotti wheels. It began its life in the UK and spent some time in Greece before returning. The pre-auction estimate for that car is £65,000 to £75,000.

Finally there's a 1993 Ferrari 348 GT Competizione. Only 50 versions of the car, a homologation special built to allow the 348GTB to go racing, were built.

The one heading to auction is the 11th built, one of just eighth right-hand-drive models, and has just undergone an intensive three-year restoration. Among the changes from the GTB, the GT Competizione went on a huge diet, cutting the weight down to 1180 kgs. Brakes from the F40 Evoluzione were also fitted, and its V8 engine was the last to be developed under the watchful eye of Enzo Ferrari.

"These cars are very highly sought after and this particular car, one of the first and with the provenance it has, will generate a lot of interest," said Joe Watts, Silverstone Auctions' classic car specialist. "Probably the best surviving prototype out there."