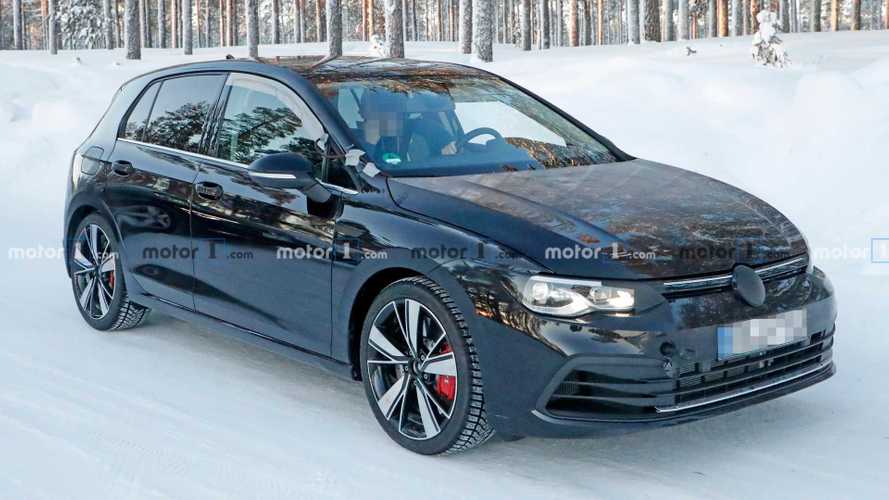 How do we know it's the hotter TCR? The devil is in the details.

Volkswagen introduced the eighth-generation Golf towards the end of last year together with its plug-in hybrid GTE sibling, but the best is yet to come. No, we’re not referring to the more practical estate and its rugged Alltrack counterpart as we’re actually talking about the quartet of performance derivatives all confirmed for a 2020 launch – GTI, GTI TCR, GTD, and the mighty R. We’ve seen the entry-level hot hatch, but this is the first time we’re allowed to take a look at the track-ready TCR.

Earning its suffix after the TCR championship launched in 2014, the Golf GTI TCR will be a follow-up to the namesake model launched in Europe a year ago as a road-going equivalent of the race car. How do we know this prototype depicts the hotter model? Take a closer look at the front wheels where you’ll notice the drilled brake discs. The previous GTI TCR had them as well, whereas prototypes of the new regular GTI were caught by spies with regular discs.

Although not immediately noticeable, our spies are telling us the test vehicle had a slightly stiffer suspension setup compared to the standard Golf GTI prototype spotted in the past as the car sat closer to the road. There’s still some black camo here and there, but it’s not really hiding anything we haven’t seen before. We do notice there are some wires sticking out from the bonnet and going inside the cabin where they’re likely hooked up to a measurement device, thus signalling VW was paying close attention to the engine.

Speaking of which, a leaked slideshow from what must’ve been a presentation revealed the juicy outputs of all four performance Golfs. The base GTI was listed as having 241 bhp whereas the beefier GTI TCR was rated at 296 bhp or an extra 10 bhp over the old one. While you might be tempted to believe this will be the most powerful front-wheel-drive Golf ever, that’s not going to be the case as the ex-Nürburgring FWD record holder – the Golf GTI Clubsport S – had 306 bhp.

VW has already confirmed the Golf GTI will premiere at the Geneva Motor Show next month, but it’s unclear whether the TCR will be in Switzerland as well. If not, it can’t be too far behind since logic tells us the TCR and GTD will debut before the flagship R earmarked for a fall premiere. When it does debut, expect the TCR to come exclusively with a dual-clutch automatic transmission like its predecessor. Sorry, purists.