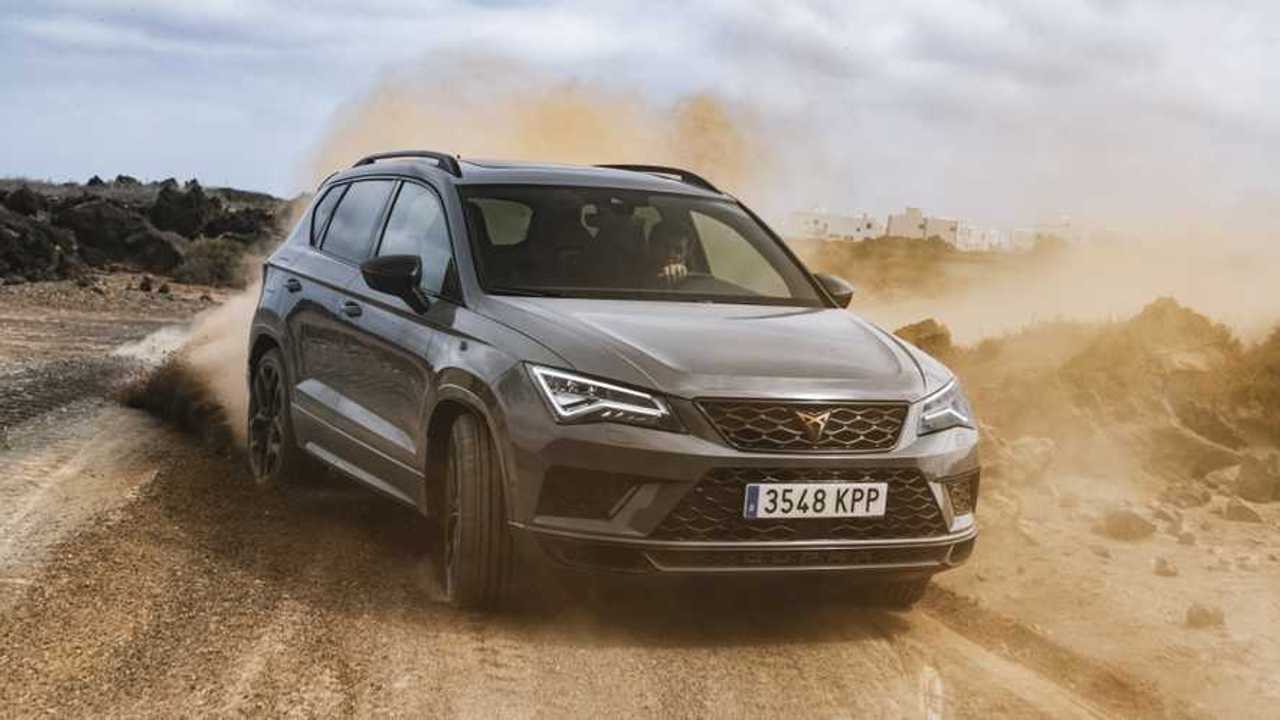 Just 100 examples of this top-of-the-line model will come to the UK.

Seat’s sporty Cupra sub-brand has revealed a high-spec, special edition of the Cupra Ateca that comes with a £42,120 asking price.

Imaginatively dubbed the Limited Edition, the newcomer will be limited to just 100 examples in the UK, with each marked out by a range of model-specific features. A set of 20-inch copper-coloured alloy wheels and a copper-thread carbon-fibre spoiler are key differentiators, along with copper-coloured lettering and copper-thread carbon-fibre door mirror caps.

More on the Cupra Ateca:

Inside, the SUV gets black frames around the dashboard and infotainment screen, plus copper carbon-fibre interior mouldings. There’s exclusive upholstery, too, in the shape of Petrol Blue Alcantara that covers the heated ‘bucket’ sport seats.

But some of the upgrades are less obvious. Just 20 of the 100 cars will come with an Akrapovic exhaust system, which Seat says will save seven kilos in overall weight and offer “a more visceral” soundtrack. Uprated brakes lurk behind the copper-coloured alloys, too, with the 18-inch Brembo set-up offering extra stopping power.

Then there’s the engine. As with the ‘standard’ Cupra Ateca, it’s a 2-litre, four-cylinder petrol engine with a turbocharger. Feeding 296 bhp to all four wheels via a seven-speed automatic gearbox, it’s capable of 0-62 mph in 4.9 seconds and a top speed of 152 mph.

Unless, of course, you go for the optional ABT pack. Devised with the help of the German tuning company better known for its work on Audis and Volkswagens, the pack boosts power to 345 bhp. That increases the top speed to 158 mph, but more importantly, Seat says it “boosts mid-range torque to improve drivability and response”.

Customers effectively get a choice of two paint jobs, too, with the standard car adorned with Rhodium Grey paint. Upgrade to the Akrapovic exhaust — and pay the £3,040 premium to do so — and you’ll get the exclusive Graphene Grey paintwork.

All this comes in addition to the basic Cupra Ateca’s equipment, which includes a digital instrument cluster, a 9.2-inch touchscreen infotainment system with satellite navigation, and two-zone climate control. Cruise control is standard, too, along with automatic headlights and wipers, and a reversing camera with parking sensors both front and rear.

And there’s keyless entry included in the price, not to mention LED headlights and the Dynamic Chassis Control adaptive dynamics system. However, the Akrapovic version of the Ateca Limited Edition costs around £8,000 more than the entry-level Cupra Ateca.