New Hyundai i20 teased ahead of Geneva debut 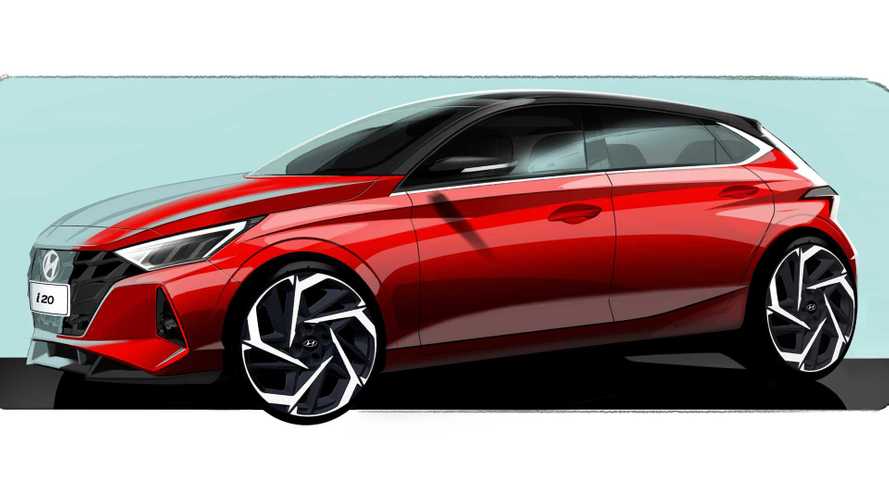 All should be revealed in early March.

It was just yesterday when we shared the latest batch of spy photos with the next-generation Hyundai i20. We were quite surprised to see the prototype was still wearing a lot of body concealment given what looked like an almost production-ready appearance underneath the camo. It turns out we were not wrong as the South Korean automaker has just released the first design sketches of the supermini, signalling its imminent debut.

Hyundai says it will reveal the new i20 during the Geneva Motor Show in early March this year. The mini hatch will become the brand’s first car for the European market to carry Hyundai’s new corporate design language called Sensuous Sportiness also seen in the new Sonata. Indeed, the teaser images preview a sportier i20 with a rather attractive overall appearance.

Interestingly, the rear end appears unusually massive in one of the sketches but it’s probably safe to assume Hyundai will retain the model’s traditional hatchback shape. It’s also important to note that the beautiful two-tone wheels are not going to be that huge in the production model.

The automaker also says the supermini will feature an all-new interior highlighted by the two 10.25-inch screens - one for the driver’s instrument cluster and one for the infotainment system. Higher-quality materials should complement Hyundai’s push to move the new i20 upmarket.

There’s no word on the engines at this point but our best guess is that the model will benefit from a new 1.0-litre turbocharged engine, which will also be available in a naturally-aspirated form for the base variants.

All should be revealed during this year’s Geneva Motor Show when the new i20 will be unveiled in full.

5 February 2020 - Hyundai has teased the all-new i20, indicating that it will feature a completely new design and that it will be the first car in Europe to carry Hyundai’s new design language: ‘Sensuous Sportiness’.

Sensuous Sportiness is characterised by the harmony between four fundamental elements: proportion, architecture, styling and technology. The purpose of this design direction is to bring instinctive beauty to Hyundai vehicles, creating emotional value and giving them a distinctive look.

The preview images show that the all-new i20 will have a more sporty and dynamic look. The cascading grille in the front running horizontally to the sides results in the characteristic wide and low body. Also the unique lighting signature underlines the width and the stance of the all-new i20. The bold character line on the side of the body emphasizes the car’s sporty proportions and agility. The rear is complemented with a horizontal tail lamp design which is seamlessly connected with the rear glass.

The horizontal blades covering the dashboard are a real icon of the all-new i20 interior. The slick treatment emphasises the width of the front fascia and neatly disguises the air vents. To further enhance the elegance and the aesthetics of the interior, the new digital cluster and the main centre fascia have been combined together and feature two 10.25-inch screens.

The all-new i20 will be revealed at the Geneva Motor Show in March 2020. More details will be released in the near future.