The rangers' Outlander hybrid can be found silently prowling the park.

The Brecon Beacons National Park Authority has gone green with the acquisition of a plug-in hybrid Mitsubishi Outlander PHEV.

With a 2.4-litre petrol engine and two electric motors, the Outlander PHEV is a four-wheel-drive SUV capable of up to 28 miles without using petrol power. Once the battery has run down, the petrol engine is used for power and to recharge the cells. 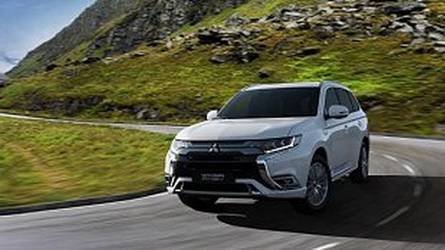 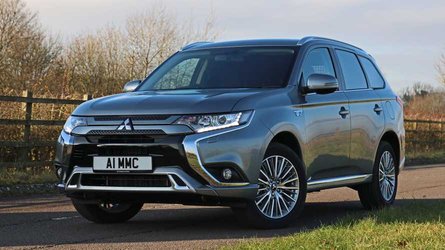 The Brecon Beacons National Park Authority is using a Commercial version, which foregoes back seats in favour of extra load space. The vehicle also has blanked out rear windows, a flat load bay floor and a bulkhead between the load space and front seats.

With its zero-emission capability and off-road credentials, the vehicle is used by the park’s team of wardens to help maintain rights of way, conserve the Beacons’ upland common and take care of the footpaths and bridleways of the area. In total, the car covers a region totalling almost 520 square miles.

As part of its work, the plug-in hybrid has to transport items including fence posts, leaf blowers and chainsaws, as well as towing quad bikes to remote parts of the park. The authority has installed a charging point at the office, allowing the wardens to make use of the silent electric running, and charge the vehicle using solar power gathered from the panels at the authority’s HQ.

The vehicle was taken on as part of a drive to lower the carbon emissions of the vehicle fleet, after the Welsh government declared a “climate emergency” in April 2019. And the Brecon Beacons National Park Authority’s warden manager, Judith Harvey, said the vehicle was proving its worth in the rugged South Wales landscape.

“The Mitsubishi Outlander PHEV Commercial is a delightful thing to drive,” she said. “It’s very comfortable, it’s very responsive and it has proved amazing off-road. It also tows the necessary equipment that we need with ease.

I can charge the vehicle at home and via the dedicated charge point that we have at the office, which is also equipped with solar panels, meaning we can charge the vehicle with renewable green energy whenever we can. The Outlander PHEV has a low carbon output, too, which is important for the conservation body as we work to lower the carbon emissions of our fleet of vehicles.”