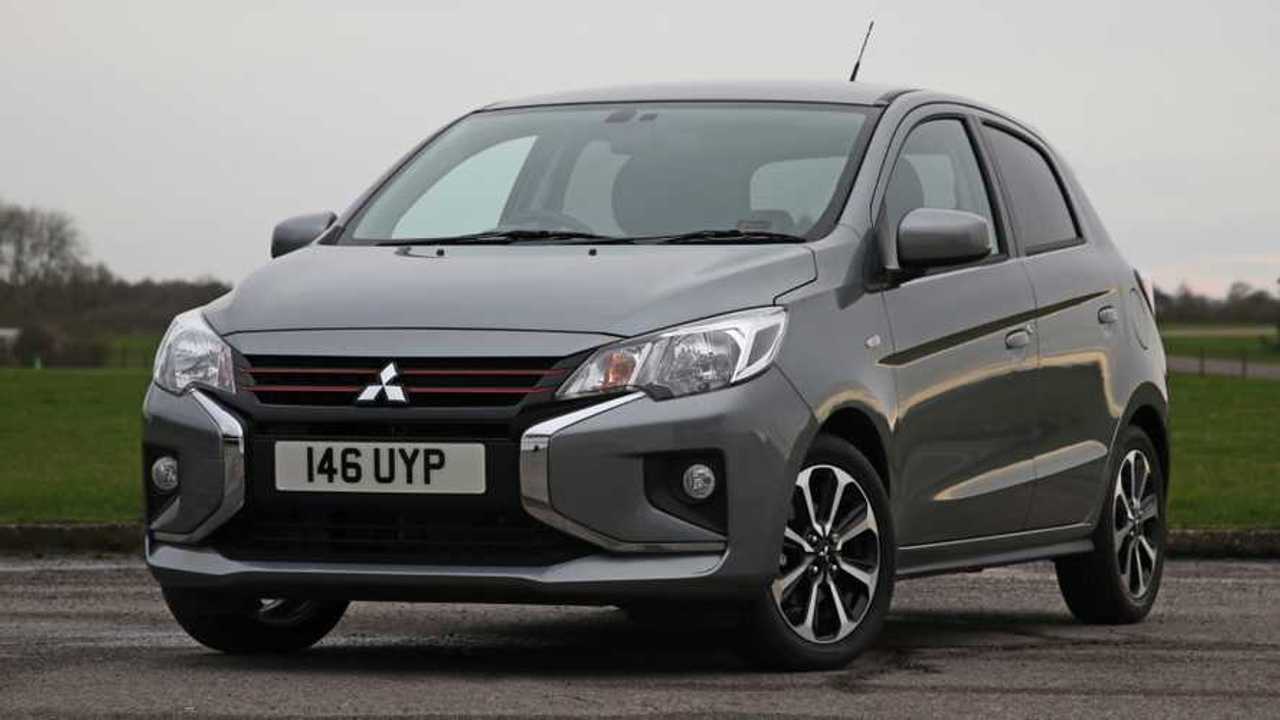 There's a new design inside and out, as well as more kit.

The new Mitsubishi Mirage supermini is now on sale in the UK with prices starting at just over £10,500.

Featuring a heavily revamped front end, the MG3- and Peugeot 208-rivalling hatchback has also been tweaked inside to bring it into line with other models in the Japanese brand’s range. There’s new interior kit, too, designed to give the car greater appeal to prospective customers.

More on the Mitsubishi Mirage:

But the most prominent feature is the new front bumper. Like the other models in the Mitsubishi range, the Mirage now gets the ‘Dynamic Shield’ design, which gives it a chunkier, more futuristic look. That’s complemented by a new grille and low-set recesses that give it a more aggressive image. New headlights complete the revamp.

And similar work has taken place at the back, with a squared-off bumper that’s designed to make the car look wider and more imposing. There’s a set of LED tail lights, too, and 15-inch alloy wheels to top it off.

Inside, the Mirage has been fitted with a “more user-friendly” interior, with new door trims and switch panels, plus new high-contrast instruments and fresh upholstery. Mitsubishi has also fitted its 6.5-inch touchscreen infotainment system, which comes with satellite navigation and the Apple CarPlay and Android Auto smartphone integration systems.

Customers get a choice of three versions, ranging from the basic Verve to the high-end, limited-edition First Edition via the mid-range Design model. The £10,550 starting price gets you the base-spec Verve, which comes with remote central locking, electric windows and mirrors, and a leather-trimmed steering wheel. You also get a rear spoiler, not to mention air conditioning, a height-adjustable driving seat and Bluetooth connectivity.

Moving up to the £12,495 Design version (pictured) will get you keyless start, alloy wheels and seats trimmed in fabric and faux leather. There’s a height-adjustable passenger seat, too, as well as rear privacy glass and electrically folding door mirrors.

Finally, the £14,035 First Edition adds an autonomous emergency braking system, LED headlights and a front grille with a chrome accent. Rear parking sensors, cruise control and heated front seats are all included in the price, too, while climate control, front fog lights and First Edition badging also mark out this top-spec model.

No matter which trim you choose, though, just one engine is on offer. It’s the same 79 bhp 1.2-litre petrol engine that powered the previous iteration of the Mirage, but it has been updated to meet modern emissions standards. Offered with a five-speed manual gearbox as standard, it returns more than 50 mpg on the official economy test, while even the new, more stringent WLTP emissions test says it produces fewer than 130 g of CO2 per kilometre. Customers opting for Design or First Edition models can get a CVT automatic version, too.