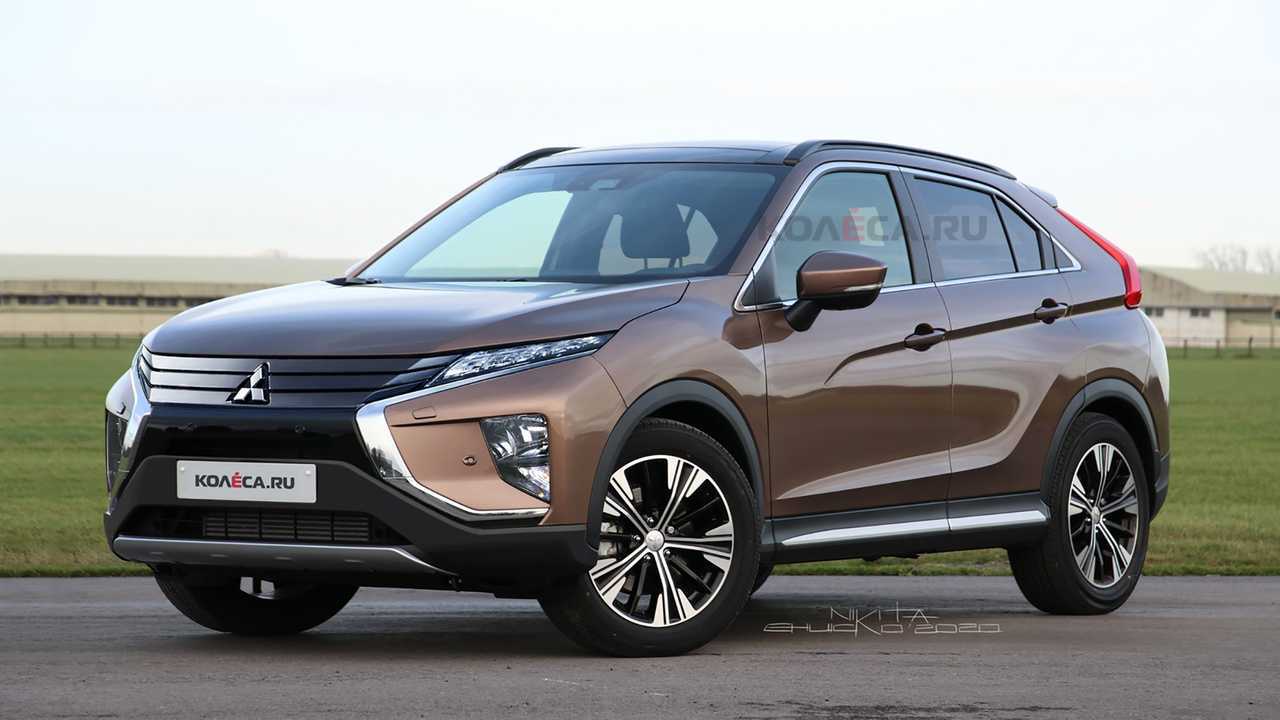 Six years after Mitsubishi discontinued the Eclipse, it announced the nameplate’s return – as a crossover, calling it the Eclipse Cross. The crossover debuted for the 2018 model year, but the automaker is already preparing for a significant refresh. Spy photos from last month show a new front and rear end, though they were covered in camouflage. Thankfully, our friends at Kolesa.ru took the spy photos and created renderings that preview what the updated crossover should look like when it debuts later this year.

The Eclipse Cross isn’t receiving a complete redesign. Instead, it’s getting a mid-cycle refresh, which means significant changes will be kept to the front and rear fascias. While the front is covered in camouflage on the test prototypes, the design underneath isn’t expected to change too much. The rendering shows this well, displaying a front end that looks nearly identical to the one found on the current model.

There are bigger changes at the rear where the crossover’s split-window rear hatch is gone. The rear taillights of the current model have an element that spans across the hatch, splitting the rear hatch’s glass into two pieces – and obstructing rearward visibility. The spy photos we’ve seen show a more traditional-style rear hatch design that looks like an improvement over the current model.

New – at least the spy photos – is a sizeable rear wing at the back edge of the roof. The lower bumper is also restyled. As with most mid-cycle refreshes, there should be some interior updates, too, though it should still look like the interior of the current Eclipse Cross with changes likely coming to the infotainment system. Overall, the changes make the Mitsubishi look more like your typical crossover.

The redesigned Mitsubishi Eclipse Cross should debut by the end of this year for the 2021 model year. It’ll likely use the same 1.5-litre petrol and 2.2-litre diesel engines offered in the current model, though they should have a few tweaks for improved power and efficiency. Don’t expect significant gains with either metric.