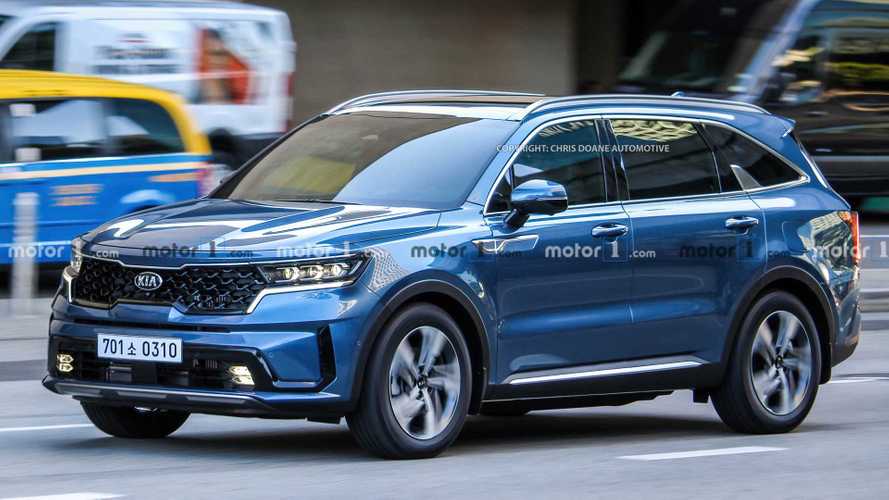 You don't need to wait to see for the new Sorento because these photos provide a complete look at the exterior.

The folks at Kia aren't doing a very good job of keeping the new Sorento under wraps. After recently seeing it with only minimal camouflage, these new spy photos catch the crossover with no concealment at all during a photoshoot.

Compared to the current Sorento, the new one has much more adventurous styling. Unlike the existing version's soft curves, the next-gen Sorento has a more chiselled overall appearance. In front, the grille gets a more complicated shape that now extends to the edges of the headlights. The lower fascia is also more angular, and trapezoidal fog lights occupy a spot on each side of it.

In profile, the new Sorento's sharper lines are also visible. Along the doors, the sculpting on the lower sections is more noticeable. There are subtle rails on the roof and a spoiler at the back.

At the back, the Sorento adopts two, large vertical taillights on each side. The lower part of the fascia has skinny, trapezoidal exhaust outlets. Like the rest of the vehicle, the company makes the styling flourishes far more visible than on the current model.

The new Kia Sorento is on the way and looks good:

Kia will allegedly offer the 2021 Sorento with multiple engine options, but the availability of them will vary by market. The petrol-fuelled choices will include a naturally aspirated  2.5-litre four-cylinder, turbocharged 2.0-litre four-cylinder, and turbocharged 2.5-litre. The turbodiesel mills will be 2.0- and 2.2-litre mills. There will also be hybrid and plug-in hybrid choices.

Kia will reportedly unveil the Korean-market version of the new Sorento on February 17. The variant for other markets will follow soon afterward. Look for the crossover to be available in showrooms late 2020 or early 2021.