This LC500 race car could have Lexus’ new twin-turbo V8 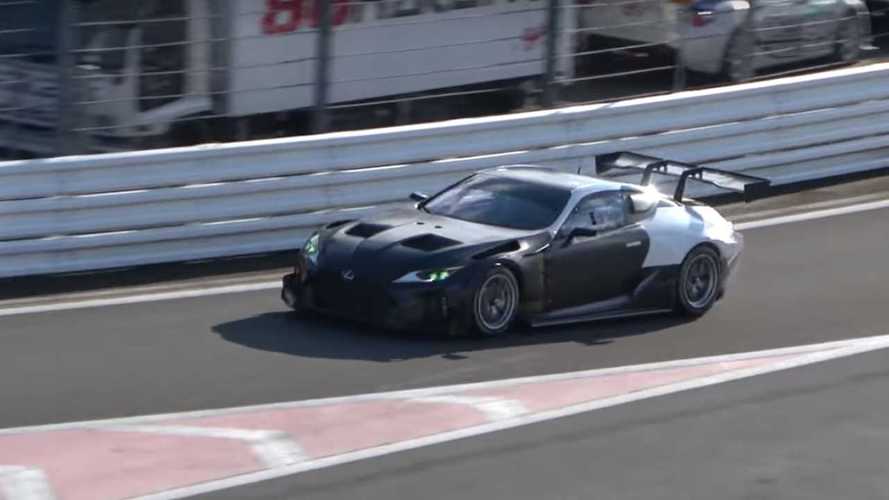 Turbocharger or gear whine? We'd like to believe the former.

Towards the end of last year, Toyota has announced that it will participate in this year's 24 Hours of Nürburgring Endurance Race with a Lexus LC. No biggie. Not too much of a fuzz really.

But the same announcement came with a golden nugget – the LC race car will be powered by a new twin-turbo V8, which will eventually trickle down to future Lexus production cars. The switch to turbo aims to resolve the car's “several unavoidable hours in the pit to resolve issues,” with a mission to "complete the race without any trouble by adopting a variety of new technologies.”

And then this video from Youtube's nenkatsu came along.

Spotted at a supposed Japanese race track, a prototype LC 500 showcased its muscle in several test runs. Now, without looking at those bonnet vents and the humungous rear wing, we can just dismiss this video as just one of those testing days of an LC race car that's gearing up for this year's races. It's fairly camouflaged, as well, but it's hard to turn a blind eye on the body modifications on this LC.

Listen closely, however, and you'll hear a whine from the car especially when accelerating. It's hard to discern where the whine came from, though, since the audio quality's really bad. The video is embedded at the top of this page.

More on the LC:

2020 Lexus LC Inspiration Series has us green with envy

There are two presumptions based on what we saw and heard on the video. The loud whine could come from the straight cut gears from the sequential gearbox. That's pretty much expected, yes, but we could also take into consideration that this new LC 500 prototype could be the first one to bear the new twin-turbo V8 that Toyota has announced before.

Either way, it would be an exciting year for Toyota and Lexus as the brand is looking to take home a win in this year's 24 Hours of Nürburgring Endurance Race.