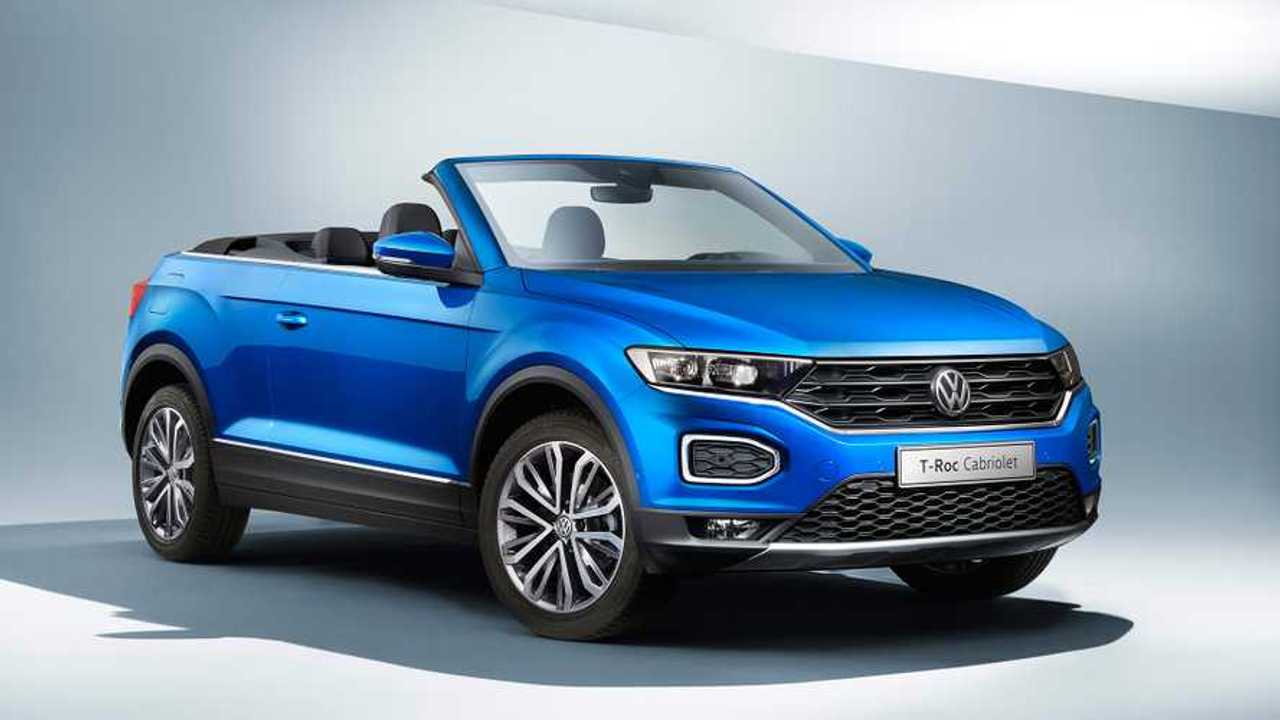 The convertible version of Volkswagen’s T-Roc small SUV is now available from UK dealerships with prices starting at £26,750.

Initially offered in a choice of two trim levels, the T-Roc Cabriolet gets a folding fabric roof and a two-door body. And thanks in part to a wheelbase that has been stretched by four centimetres compared with the five-door T-Roc, there’s a 284-litre boot.

More on the new drop-top T-Roc:

But prospective customers will be pleased to know that isn’t all you get when you shell out the best part of £27,000. That money buys you the Design trim, which gets 17-inch alloy wheels as standard, while the dashboard is dominated by an eight-inch touchscreen navigation. Two-zone climate control is standard, too, along with a range of driver assistance systems including adaptive cruise control that maintains a safe distance to the car in front and an autonomous emergency braking system that hits the brakes automatically if it detects an impending crash.

The £26,750 starting price also buys you the basic 1-litre three-cylinder petrol engine, which boasts 113 bhp and comes with a six-speed manual gearbox. Alternatively, though, there’s a 1.5-litre four-cylinder petrol engine with 148 bhp. That comes with the same six-speed manual as standard, but you do get the option to choose a seven-speed automatic.

But if it’s more equipment you’re after, there’s always the £31,920 R-Line model. Like the conventional T-Roc R-Line, it gets 19-inch alloy wheels, plus a digital instrument cluster. That’s in addition to the R-Line-specific bodywork, R-Line sports seats and sports steering wheel. It gets LED headlights and sports suspension, too, which sees it lowered by 20 mm compared with the Design model.

Claire Haynes, VW’s product manager for the T-Roc, said: “The T-Roc Cabriolet injects even more sunshine into the T-Roc formula, complementing its fun-to-drive character, the vibrancy of its paint palette and its numerous personalisation options. It’s also the latest member of an ever-growing SUV family at Volkswagen, and is uniquely positioned to pick up where the Golf and Beetle Cabriolet models left off.

“As per its Golf-based predecessor, the T-Roc Cabriolet offers a wind-in-the-hair experience while driving one of Europe’s best-selling models. A duo of stylish specifications and a trio of engine and gearbox configurations keep things simple. All the customer has to consider is what they want their T-Roc Cabriolet to look like, and it’s a given that the car’s signature style will be matched by its quality, practicality and fun factor.”