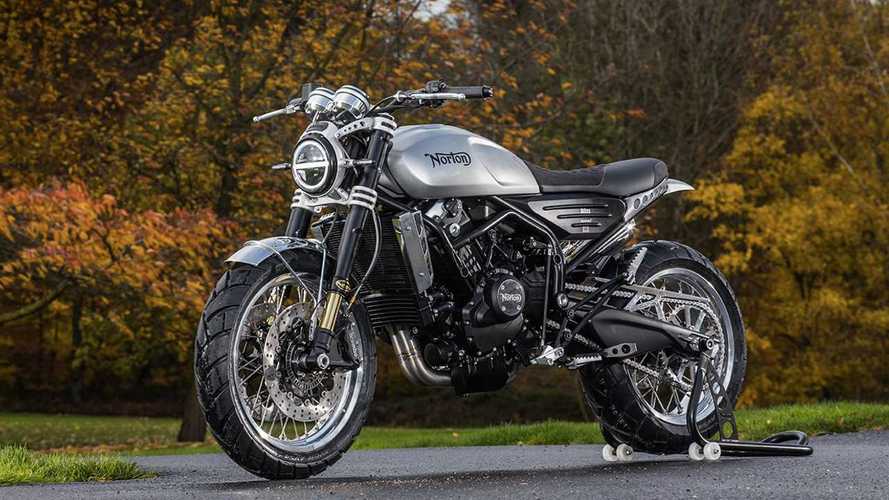 Buckle up, everyone. It's gonna be a bumpy ride.

Most of us probably like to hope that anyone who allegedly builds a business by defrauding the elderly out of their hard-earned pensions would get exactly what’s coming to them. It’s early days yet, but in an explosive bit of investigative journalism, the Guardian and ITV teamed up to expose a massive Norton Motorcycles pension scandal.

As you might guess from their names, all three pension schemes primarily invested their funds into Norton Motorcycles. The trustee of all three schemes had a familiar name: Stuart Garner. This same man was also the sole director of Manorcrest Limited, which provided these pension schemes—in addition, of course, to his being CEO of Norton Motorcycles.

If your spidey-sense is tingling, just wait. It gets worse. Convicted conman Simon Colfer convinced many of those pensioners to make the switch to Norton back in 2012 and 2013—for which he went on to receive a suspended prison sentence in 2018.

According to FT Adviser, Colfer’s 12-month sentence was suspended for two years, and all his assets were seized—many of which were the hefty fees he’d pocketed after bilking nearly 800 pensioners in total. To clarify, not all of those funds were invested with Norton—Colfer’s fraudulent activity involved other pension schemes, as well. Two additional Norton associates involved with the pension funds were convicted of fraud in 2013.

There’s more, and uglier, and you’re best off reading this Guardian exclusive for a detailed breakdown. Here's a single example: In 2019, when the UK government was allegedly planning to liquidate Norton, Garner received a pension-scheme-related £3,000 fine. The reason? The UK’s Pensions Ombudsman ruled that Garner failed to transfer the complainant’s pension funds out of a Norton pension scheme in a timely manner, according to PensionsAge.

After Robert Dewar became seriously ill, his daughter began taking care of his financial affairs. Dewar had invested £155,891 in the Commando 2012 pension scheme in 2012—through Simon Colfer, who was posing as a financial adviser at that time, according to FT Adviser.

In March 2018, Dewar’s daughter Sally Holmes put in a request to transfer her father’s pension to another fund. That request went to Stuart Garner, in his capacity as pension fund trustee. At the time, he said that the fund was facing an unprecedented number of transfer requests, so hers might take some time—but not to worry, it was top of the list.

“We are working closely with the Norton accounting team and making good progress in getting transfer requests completed,” Garner wrote to Holmes in April 2018.

“As the scheme is fully invested, it does take time for Norton to cashflow all requests as they are obviously a trading business and using the capital for trading the business. They are in good shape, it is simply a timing issue as they manage funds for the transfers,” he assured her.

After the Dewar complaint was resolved through the Pension Ombudsman, the Pension Regulator stepped in and appointed an independent trustee for that pension fund, in place of Garner. It took a full three years for the Dewar family to get a satisfactory resolution to this problem—and they weren’t the only victims.

The Pension Ombudsman posted a Notice of Oral Hearing last Thursday, January 23, 2020, investigating a complaint made by 30 more applicants against pension fund trustee Stuart Garner. This public hearing will be held on February 13, 2020, at 10 am in London. Any members of the public who wish to attend should contact TPO before February 7, 2020, to register interest.