Skoda has launched new high-end Monte Carlo versions of its new Kamiq SUV and Scala hatchback, priced from £23,305 and £22,680 respectively.

Previously seen on other models across Skoda’s small car range, the Czech company says its Monte Carlo variants are inspired by the brand’s success at the Monte Carlo rally. As such, each model features motorsport-derived visual upgrades, as well as adding luxurious trim and extra technology to the mix. 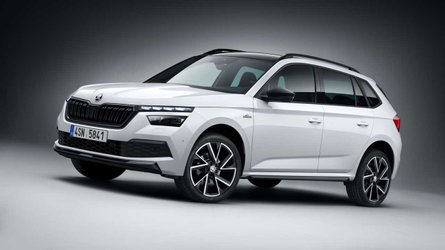 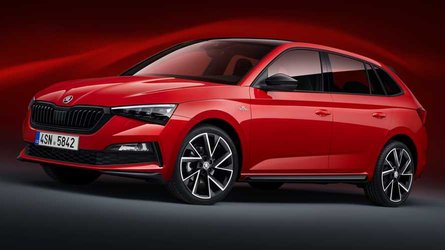 The Scala Monte Carlo, for example, comes with full LED headlights and tail lights, a sporty front bumper, and black trim around the radiator grille. There’s extended tailgate glass and a panoramic roof, too, not to mention the 18-inch black alloy wheels, and the black rear diffuser and spoiler.

Inside, there’s sports seats, a sports steering wheel and aluminium pedals as standard, while the dash is dominated by the 9.2-inch Amundsen touchscreen satellite navigation system. There’s a digital instrument cluster, too, red stitching in the leather seats and red LED ambient lighting.

And there’s a choice of two petrol engines. The base price buys you the 1-litre unit with 113 bhp, but you can spend an extra £1,400 on the 1.5-litre engine with 148 bhp. Both come with a six-speed manual gearbox as standard, but customers can upgrade to a seven-speed automatic.

Those buying the higher-riding Kamiq, meanwhile, get similar treatment. Like the Scala, the Kamiq gets black alloy wheels, a sporty front end and some black trim around the grille. There’s a rear spoiler, too, and LED lights front and rear.

The interior has also been revamped in much the same way, with sports seats and pedals, as well as a sporty steering wheel and black headlining. There’s the same 9.2-inch satellite navigation screen, too, plus the digital instrument cluster and red LED ambient lighting.

And like the Scala, you’re limited to a choice of two petrol engines. They’re even the same motors, with the 1-litre 113 bhp unit sitting at the foot of the range. Commanding a premium of — you guessed it — £1,400 is the 1.5-litre 148 bhp motor, and both are once more offered with a choice of manual and automatic gearboxes.

Both cars are already available to order from Skoda dealers, but the first customers will have to wait until the spring to see their cars arrive on their driveways.