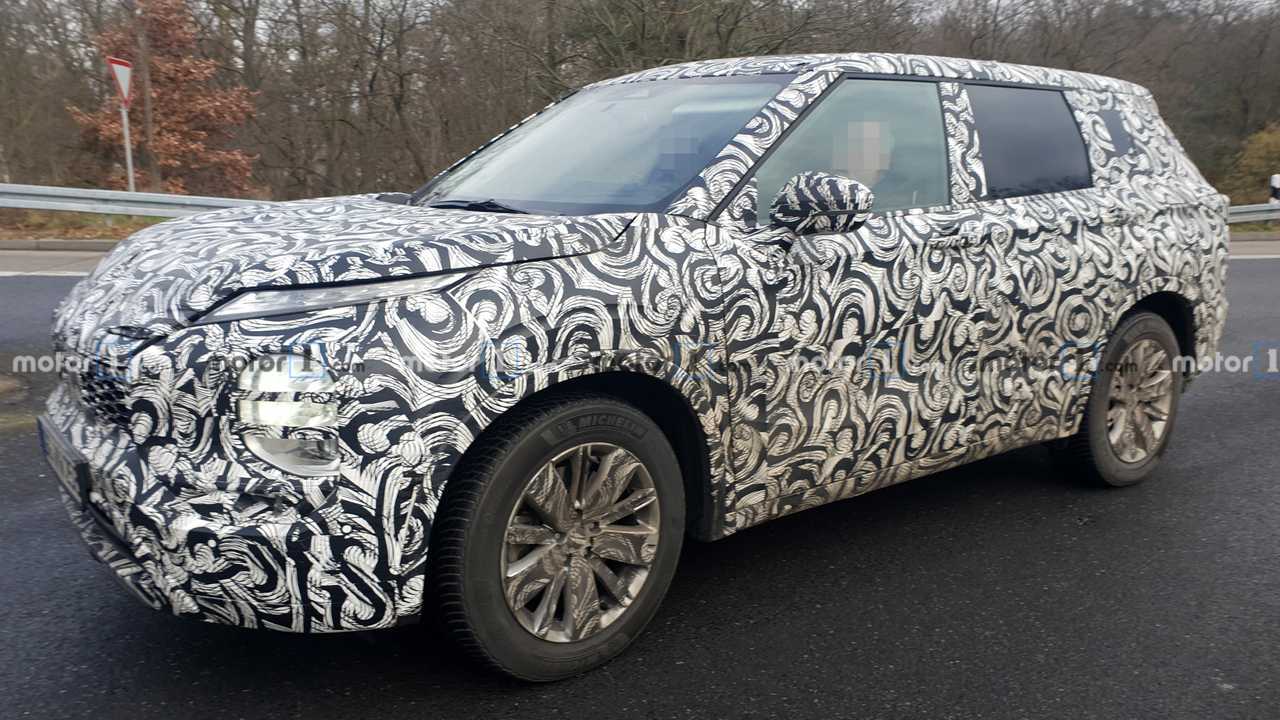 The front end's look might not be to everyone's taste.

A new batch of spy shots provides a much better look at the upcoming, next-gen Mitsubishi Outlander. The company already confirms plans to unveil the new model in the second half of 2020.

The new Outlander adopts two huge lamps at the front end, and there are skinny lights above them at the tip of the bonnet. This styling comes straight from the Engelberg Tourer concept. Contrary to the current automotive design trend of growing grilles, the Mitsubishi crossover has a narrow, rectangular opening and a smaller inlet below it.

Mitsubishi's swirling camouflage conceals the design details on the side and rear of the new Outlander. What's visible is that the crossover has narrow, sharply pointed taillights that wrap around the sides of the vehicle.

The new crossover rides on a platform from the Renault-Nissan-Mitsubishi alliance, and rumours suggest the Outlander might use the same underpinnings as the next-gen Nissan Rogue. The model would also grow in size compared to the current one, which is somewhat noticeable in these spy photos. The full powertrain range is a mystery, but Mitsubishi would have a plug-in hybrid option among the options.

A debut in the latter half of 2020 is expected. It's a much-needed replacement as the current model debuted in 2012 in Europe.

What we know about the new Outlander: