Get to know Spain's new Golf from all angles.

You’ve seen the images and discovered all the juicy technical specs, so SEAT must be thinking now is the right time to drop official footage of the new Leon. The Martorell-based marque is putting the spotlight on the hatchback, but as you probably know already, the estate was also revealed today. The car featured in the three videos is the sporty-looking FR trim with a generous amount of kit as you would expect from a promotional video.

Although quite different on the outside than the old model, the overall styling does not come much of a surprise considering it quite similar to the Formentor crossover, save for the concept’s plastic wheel arches, increased ride height, and roof rails. Well, you still get the latter on the estate. The aggressive design bits of the concept haven’t been implemented on the revamped Leon because they’re reserved for the Cupra-badged version. Nevertheless, this FR trim still looks quite sporty, despite having a faux exhaust.

Even more significant changes have occurred inside the cabin where the dashboard has been completely redesigned. There are far fewer conventional controls since many of the functions are now built into the touchscreen. It measures either 8.25 or 10 inches, and is coupled to a 10.25-inch digital instrument cluster known as the SEAT Digital Cockpit.

A 50-mm stretch of the wheelbase frees up more legroom for those inside the cabin, which now benefit from a three-zone climate control system. Since it's the FR with all the fixings, there are accents on the inside to match the body colour, along with illuminated door sills, tinted rear windows, and a nicer FR-badged steering wheel. 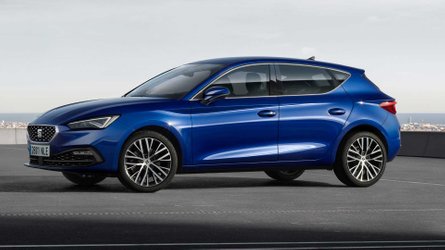 Even though SEAT has added three crossovers to its portfolio in recent years, the Leon remains the company’s best-selling product. The proliferation of high-riding vehicles hasn’t slowed down sales of the Leon ST either, thus proving there’s still a segment of the market simply not interested in SUVs.

These people would much rather have a estate (including yours truly), and the VW Group’s Spanish division is giving them a new one with the revamped Sportourer. Hopefully, a rugged Leon X-Perience with a jacked-up suspension will follow as an alternative to the VW Golf Alltrack and the Skoda Octavia Scout.