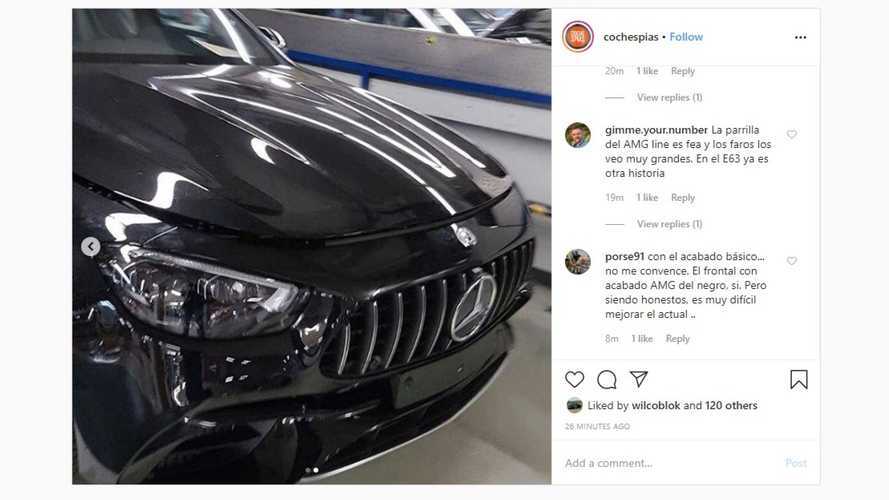 We also get to see the front fascia of a regular E-Class.

Here we go again. After Mercedes’ faux pas and a revealing spy shot of the E63’s posterior, new images serve as additional pieces of the 2021 E-Class facelift puzzle. Published on Instagram by CocheSpias, the blurry photos reveal the front end design of the regular model and the range-topping E63. Pictured below, the former doesn’t appear to be an entry-level E-Class trim as we’re tempted to believe it’s an AMG Line variant judging by the generous air intakes.

As for the latter, it’s hard to tell whether we’re dealing with the standard E63 or the hotter E63 S model, but regardless, it sure looks mean. It finally wears the retro-inspired Panamericana grille with vertical slats that was originally applied on modern Mercedes models with the launch of the AMG GT R Coupe several years ago. The design – which has been adopted by many full-fat AMG models – represents a throwback to the 300 SL (W194) that scored a 1-2 finish in the 1952 Carrera Panamericana endurance race.

The mid-cycle refresh comes along with completely redesigned and reshaped headlights as a way to bring the E-Class family in line with the swoopier CLS. As already seen in the previous spy shots posted on social media, the taillights will also be significantly changed by becoming wider and arguably more imposing.

These are unquestionably some major changes for only a facelift, but perhaps that’s not all too surprising considering the previous-gen model (W212) got what some referred to as the most expensive facelift ever. Diehard Mercedes fans will probably remember that back in the day, their favourite company spent a whopping €1 billion to refresh all four body styles of the E-Class.

Fast forward to 2020, the revised W213 will also go through some changes inside the cabin where the E-Class will get the latest and greatest MBUX infotainment system. There will be additional driver assistance systems, dual 10.25-inch screens as standard equipment, seven plug-in hybrid models, and new inline-six engines.

Mercedes has promised to have the saloon and estate in its European showrooms this summer, so an official reveal should take place in the coming weeks or months.