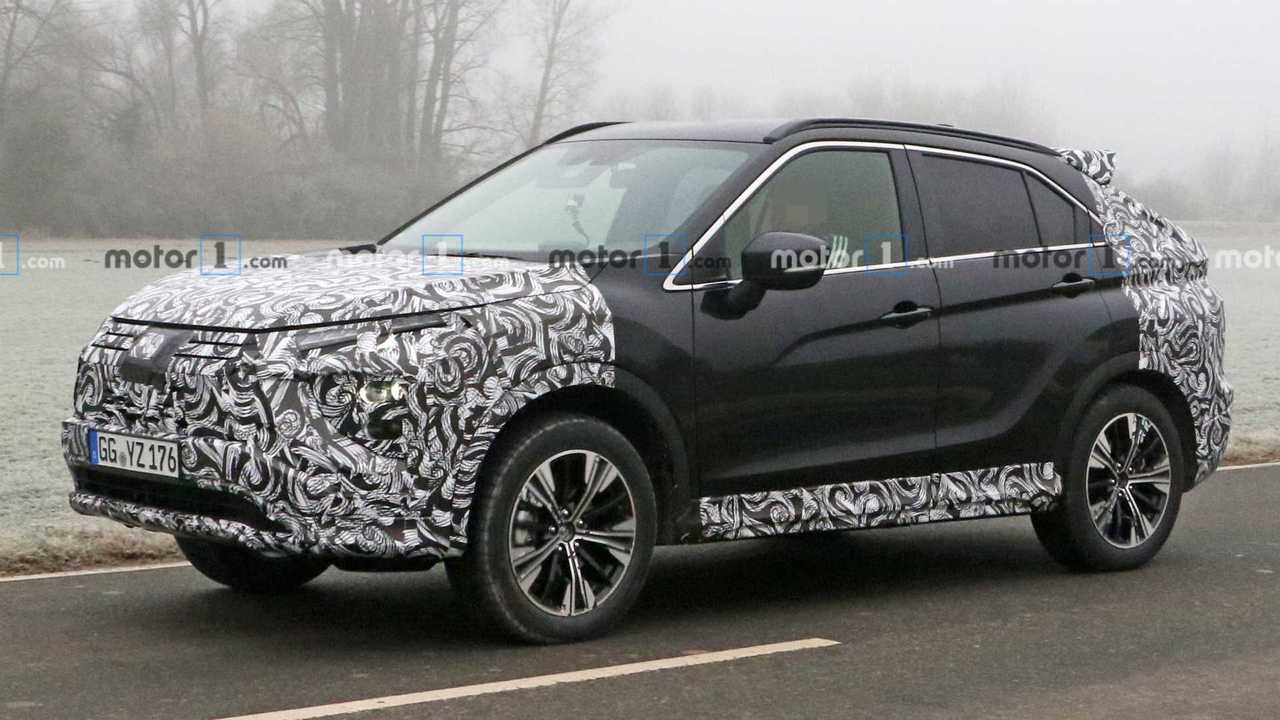 What's with that weird spoiler at the back?

We were all too excited when Mitsubishi announced the return of the Eclipse moniker back in February 2017. Unfortunately, the brand added the Cross suffix to the name which meant there won’t be a new two-door sports coupe. Instead, Mitsu launched a crossover with a weird shape, which is due to receive a major facelift later this year. These are the first spy photos of the refreshed Eclipse Cross and we noticed something quite interesting.

While the front end appears to be almost identical to the model that’s on sale today, save for the little tweaks planned for the headlights, at the back, there seem to be significant changes. The previous two-window layout will most likely be replaced by a more conventional design with one large rear window. Also, the spoiler with an integrated LED strip from the pre-facelift model appears to be gone, while the taillights now have a horizontal look making the crossover look slightly wider.

In addition, there seem to be some tweaks to the side skirts, as well, while the rear bumper diffuser might get a slightly different design. Finally, there’s a new roof spoiler which - at least from these first spy photos - looks a tad too big for the overall proportions of the vehicle. Combined, all these changes should give the Eclipse Cross a more traditional crossover look.

Get to know the Eclipse Cross:

Depending on the market, the model is currently available with a 1.5-litre turbocharged engine or a 2.2-litre diesel. We expect both units to carry over to the refreshed variant with some modifications to the exhaust gas filtration systems for lower CO2 emissions. A new electrified powertrain sounds like a logical addition to the lineup but nothing can be confirmed at the moment.

The spied prototype looks very close to its final production form and the small amount of camouflage probably hints at a debut in the coming months. Later this year, Mitsubishi will also launch a new generation Outlander and an all-new compact crossover, both featuring electrified powertrains.