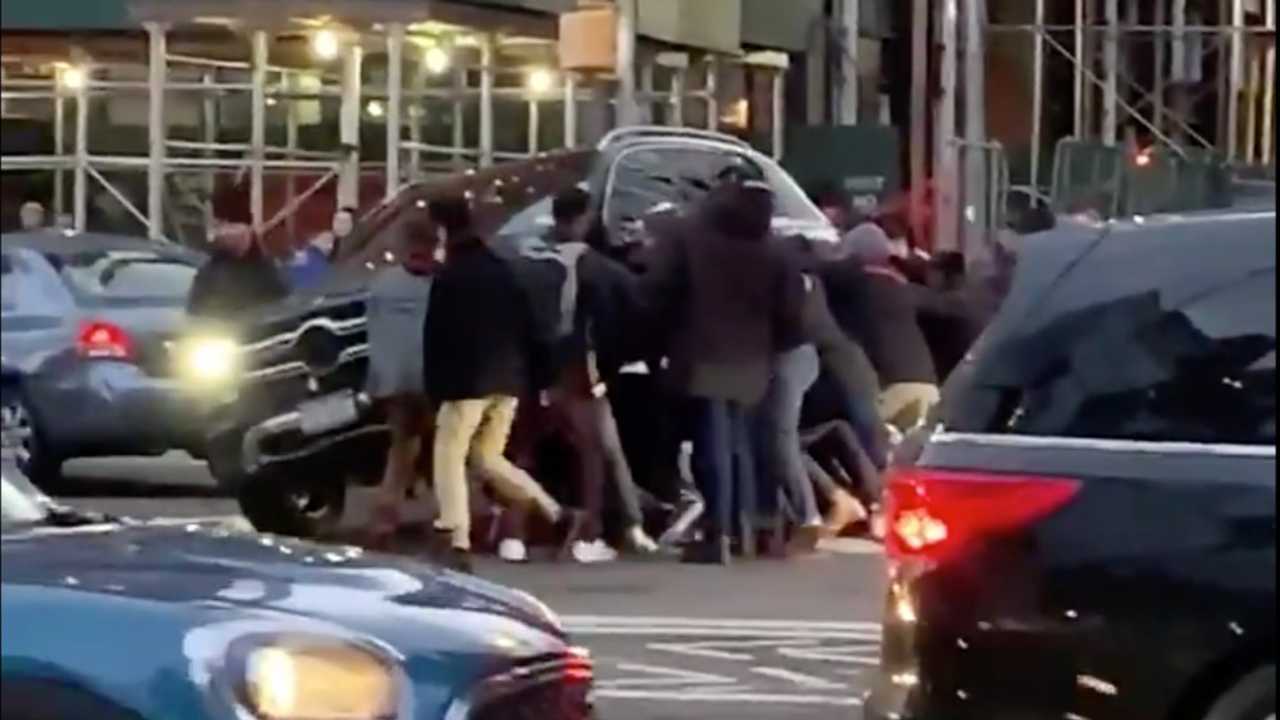 Don't let the stereotype of New Yorkers being rude fool you because when someone needs help, bystanders jump at the opportunity to help. This video captures a group of people coming together to lift a Mercedes-Benz GLE-Class off a woman trapped underneath the premium crossover.

The video in the tweet above shows that the Mercedes' driver ran over the woman and then stopped on top of her. This left the woman trapped underneath the vehicle A large group of people then rushed to the scene and immediately started trying to lift the GLE-Class high enough to easily pull the woman to safety.

They initially struggled to lift the vehicle. Then, more folks arrived until there were enough of them to tip the crossover onto two wheels. They pulled the woman out from danger.

A follow-up tweet to the original video even showed her on the phone while firefighters attended to her. The first responders later transported her to the hospital.

2020 Audi RS Q8 sleeps with the fishes in The Netherlands
⠀

Information from the New York Daily News provided some background on the incident. The pedestrian was allegedly using the crosswalk when the Mercedes driver made a right turn and hit her. This crash also caused several other minor collisions for vehicles behind the crossover. The pedestrian did not suffer any serious injuries. The police gave the driver a summons for failure to yield.