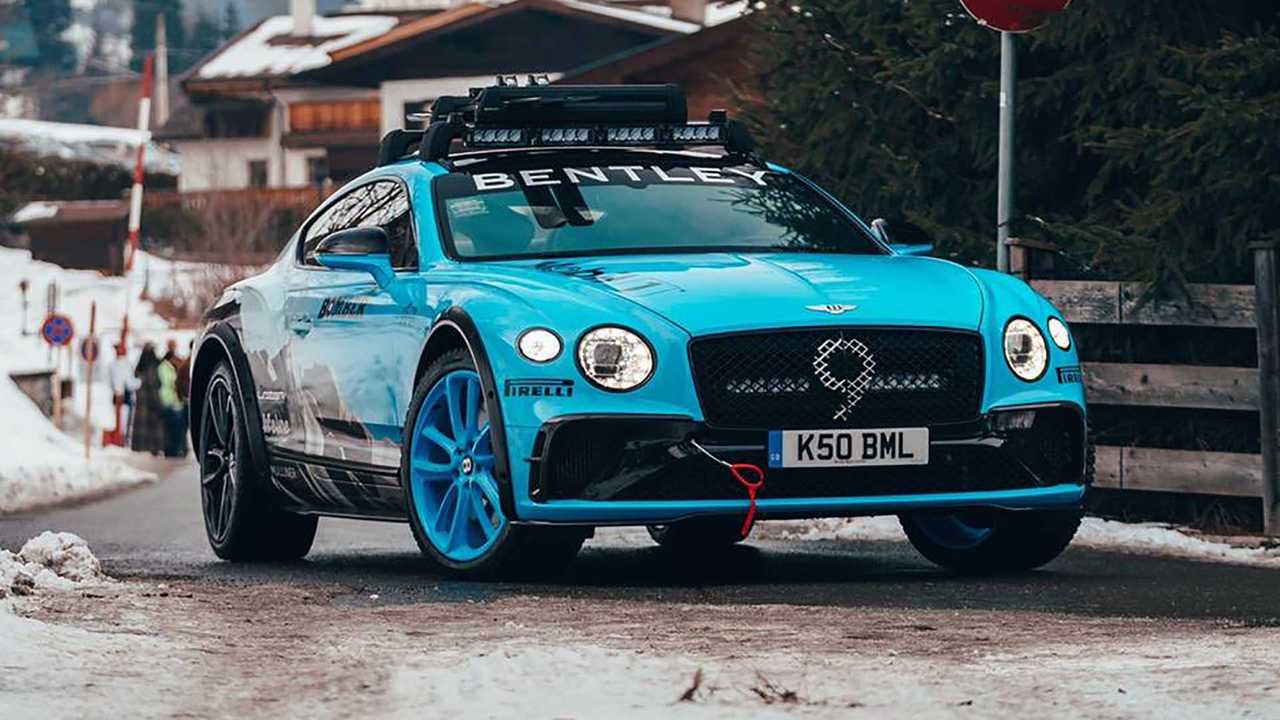 Bentley posted a not-so-subtle photo to its Twitter account recently of a bright blue Continental GT that looks better suited for a rally course than the yacht club car park. Details, however, are still under wraps as Bentley says we should tune in Tuesday where it’ll “reveal all.” What “all” Bentley will reveal remains a mystery, though we can see a few oddities on the blue Continental GT that hint at what Bentley is preparing.

One of the more significant clues about Bentley’s intent is the big Bomber decal on the door. It’s a ski company in the U.S., and a Bentley collaborator. Bentley’s Twitter photo came a day before the conclusion of the 2020 Hahnenkamm Alpine Ski World Cup in Kitzbühel, Austria, the same place where the photo was taken. A glance at Bomber’s social media accounts turned up a second photo of the Continental GT – but from a different angle (the second photo in the Instagram embed below).

Here we can see the ski rack on top, which has a light bar at the front. On the rear window is C. Munnings next to a Union Jack flag. It likely represents Catie Munnings, the 22-year-old British rally racer who started her career in the European Rally Championship in 2016.

This wouldn’t be the first time a set of wheels arrived at the ski slope for some motoring fun. In 2017, a MotoGP bike tackled the slope a year after Red Bull upset Austrian authorities doing the same thing in an F1 car. It looks like it’s now Bentley’s turn to tackle the course.

The Continental GT has several other modifications as well. The red tow hook poking out of the lower grille along with the bright-blue livery and decals from Mobil 1, Pirelli, and others allude to some sort of competition. Then there’s the raised suspension – the wheel wells and rubber have more space between them than they usually would on a stock Bentley. The fenders/wings receive some black plastic cladding, and the tyres appear to feature a deep tread design – excellent for grip in slippery conditions.