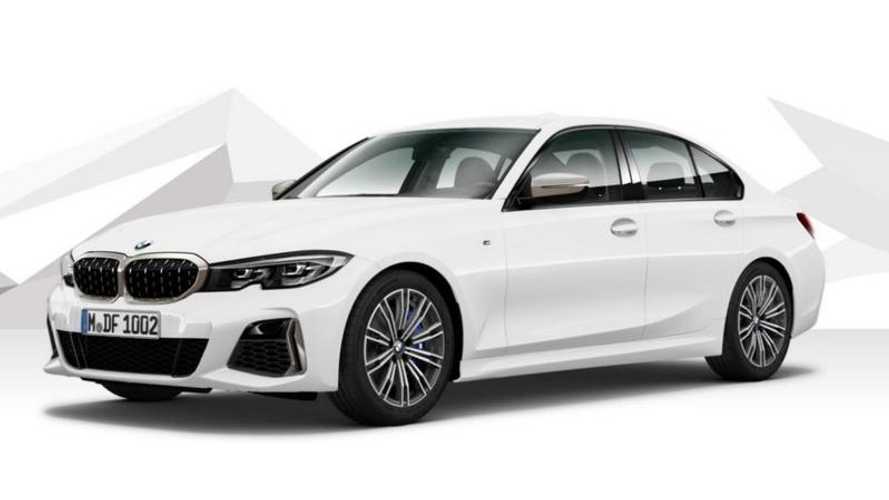 The speedy mile cruncher looks virtually the same as its M340i petrol-fuelled sibling.

The rumours were true – Europe is getting an M Performance diesel version of the latest 3 Series. It appears the saloon will also be available in an M340d flavour and not just the estate as originally believed. Published by Dutch magazine Auto Week, the adjacent images seem to be screenshots from a configurator and show a couple of saloons along with an estate featuring a design virtually identical to the equivalent M340i models.

While the petrol M Performance variant of the 3 Series can be had with rear- or all-wheel drive depending on market, it appears the diesel counterpart will come only with xDrive. Go for the saloon and it will complete the 0 to 62 mph (100 km/h) sprint in 4.6 seconds whereas the long-roof model will need an extra two-tenths of a second due to its slightly higher weight. They’ll both come with an electronically top speed limiter programmed to kick in at 155 mph (250 km/h).

Since we’re dealing with a diesel, people are likely more interested to know about the car’s fuel consumption. Auto Week reports the saloon will drink on average anywhere between 5.3 to 5.7 litres (53.3 to 49.5 miles per gallon UK) while the Touring will require an additional 0.1 litres for every 100 km. Both BMWs are set to feature an engine-off coasting function that will work at speeds of up to 100 mph (160 km/h).

We almost forgot to talk about the engine, which as expected, is shared with the X3 M40d and X4 M40d duo of hot diesel SUVs. The straight-six 3.0-litre churns 335 bhp just like in the performance SAVs, but the real surprise here is that torque has been bumped from an already generous 680 Newton-metres (501 pound-feet) to a mountain-moving 700 Nm (516 lb-ft) – according to Auto Week’s report.

The M340d should be properly revealed by BMW anytime soon to compete with the Audi S4 facelift, which is now a diesel in Europe.

The hottest 3 Series is yet to come: