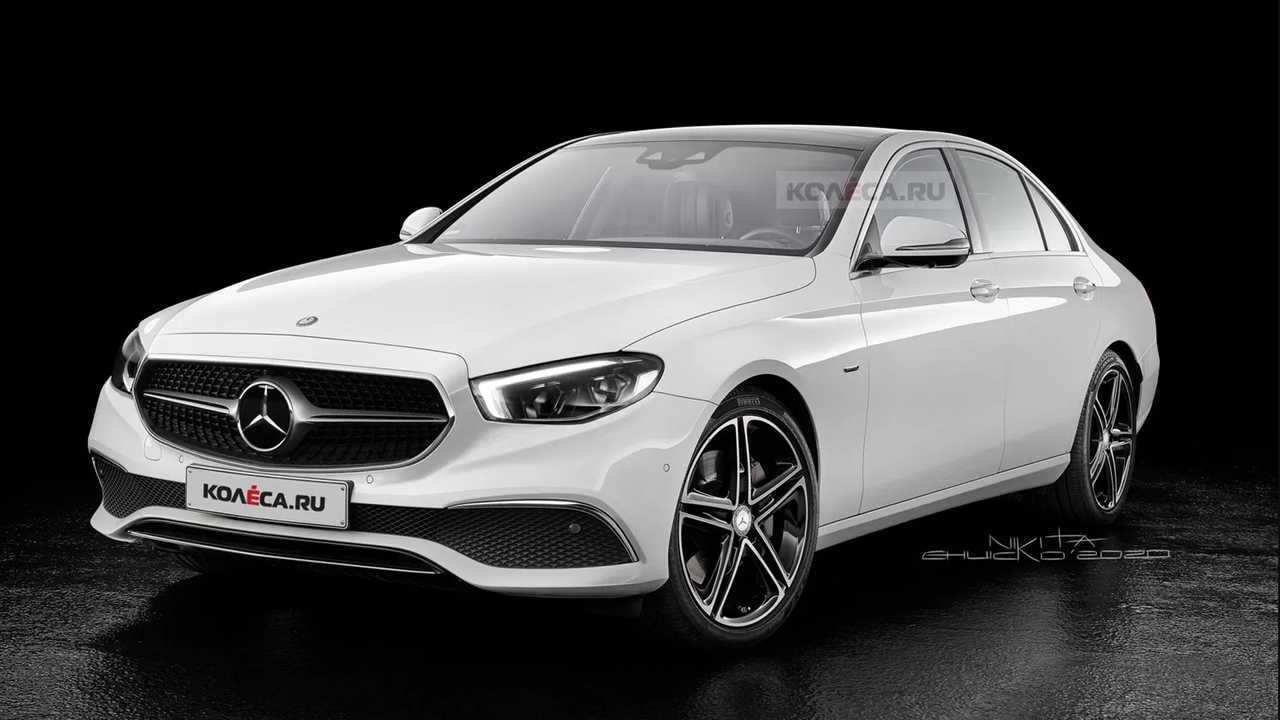 The actual car will debut later this year.

A refreshed Mercedes-Benz E-Class is on its way. The automaker teased its arrival a few days ago with a set of photos showing lightly camouflaged prototypes hanging out in Las Vegas. Visually speaking, the updates will be small but noticeable with modest changes to the front fascia and a revamped backside with new taillight designs. Based on those official photos, Nikita Chuyko at Kolesa.ru worked some design magic with a couple of renderings that depict how the new model might look.

The renderings depict a base E-Class saloon, with smaller headlights, a slightly larger grille, and a wide, connected vent for the lower fascia. At the rear, we see a completely new taillight design that falls in line with the thinner, horizontally oriented lenses similar to the CLS Class. As such, the decklid is also updated to accommodate the new lights, with the lower portion of the rear fascia being largely untouched.

It’s a conservative update for the E-Class, but there’s more happening inside as well. A redesigned steering wheel will take centre stage in what should be an otherwise familiar interior. The latest MBUX system will power all kinds of technology, and the refreshed E-Class will also boast numerous driver safety and assist systems that can take over acceleration, braking, and steering if necessary. Electrification will be widespread in the lineup with seven plug-in hybrid models coming, spanning everything from saloons to 4MATIC offerings and estate variants.

Mercedes hasn’t said exactly when the facelifted E-Class will arrive, but when it does, it will go to Europe first. A general timeframe of summer 2020 is when its European debut will take place, with worldwide markets getting the car sometime after that.