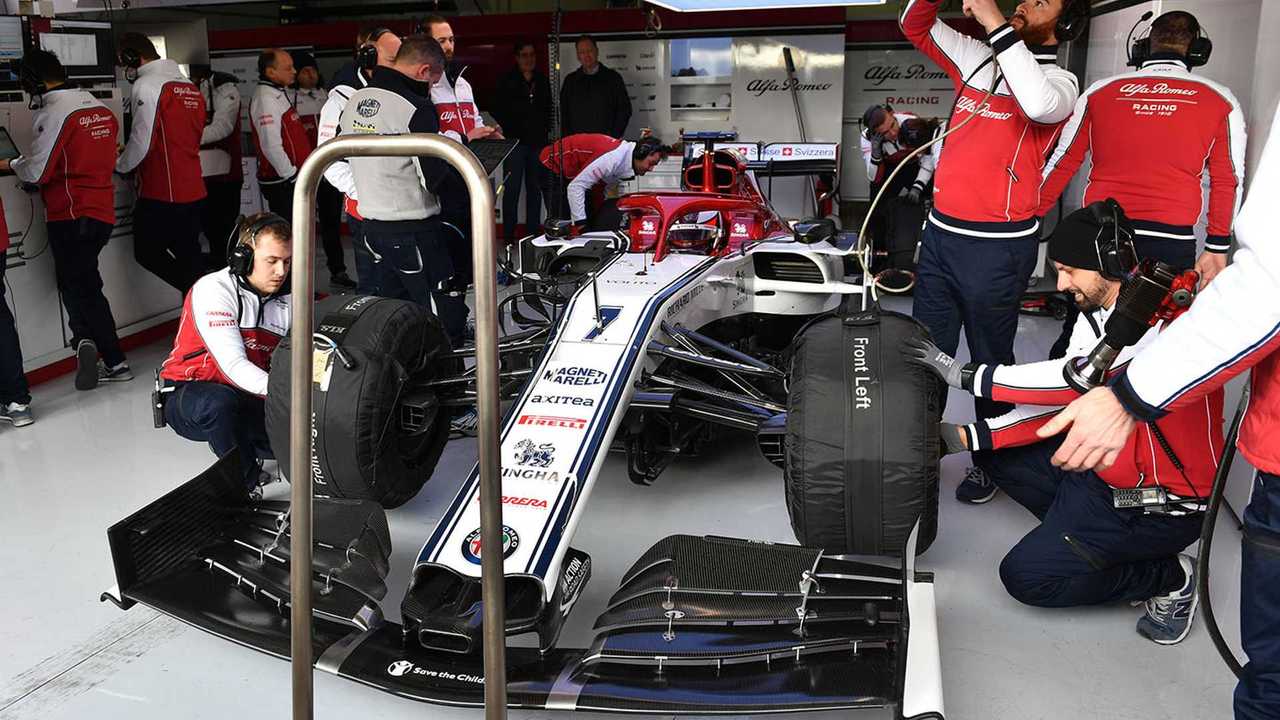 The Alfa Romeo Formula 1 team has unveiled a reveal date for its 2020 challenger.

The outfit will wait until February 19, the first day of pre-season testing, to publicly show off its new C39 car for the first time.

The launch will take place at 8.15am local time at the venue of the test, Circuit de Catalunya-Barcelona, in front of the team's pit garage.

Along with its 2020 race drivers Kimi Raikkonen and Antonio Giovinazzi, the team's new reserve driver Robert Kubica will also be present at the car's unveiling.

Kubica joined Alfa Romeo in the off-season, having also had talks with Haas and Racing Point after his departure from Williams was officially firmed up towards the end of the 2019 campaign.
The Alfa F1 team, which is operated by the Swiss Sauber squad, is now known as 'Alfa Romeo Racing Orlen' following the arrival of Kubica's Polish backer PKN Orlen on a multi-year deal.

The team finished eighth in the 2019 constructors' standings, in what was its second full campaign under the management of team boss Frederic Vasseur.

Only Red Bull, Williams and Haas are yet to firm up the dates for the official launches of their respective 2020 F1 programmes.