Princess Diana's 1994 Audi A4 Cabriolet up for grabs, again 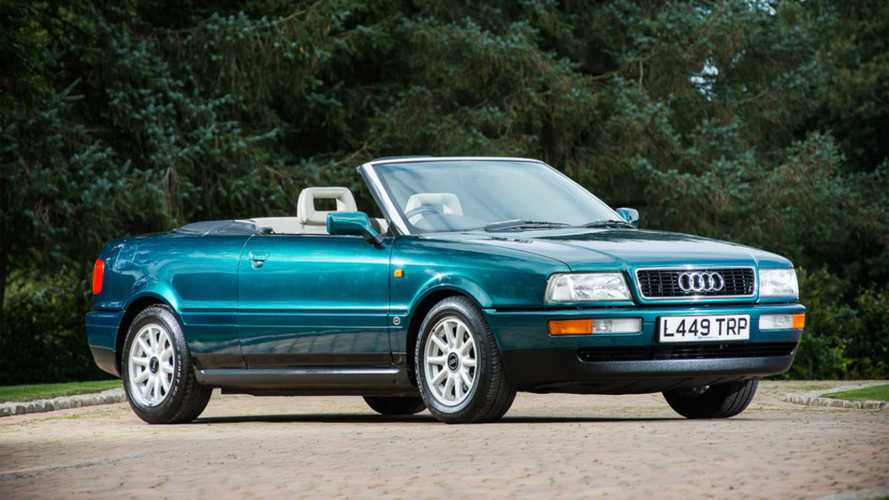 You could own one of the most photographed cars of the '90s.

An Audi A4 Cabriolet once owned by Diana, Pincess of Wales is being offered for sale by Classic Car Auctions.

The car is of the most photographed cars of the 1990s, and is from a time where it was unusual to see a member of the Royal family driving a German car. Diana's ownership of the A4 even helped Audi double its sales, and of course, her taste in German metal ended up rubbing off on her kids.

The car was used by the late Diana right from its registration in March 1994 until July of the same year when she returned it to Dovercourt Audi of St John’s Wood with just 4,000 miles on the clock.

Following that it was bought by political commentator, broadcaster, and author Ian Campbell Dale. Dale didn't think twice about buying the car once he knew of its provenance, and immediately took it on holiday with him.

He kept the car for two years before it was sold to someone who lived near Kensington Palace, who kept it for 17 years. After being sold once again in 2013, the car has since been a part of some private collections. It now has 22,000 miles on the clock, despite being over 25 years old and is supplied with a good history file including the relevant manuals and handbooks.

This is a stunning car, one that is remembered by many of us of a certain age at the height of the Princess popularity," said Simon Langsdale, a specialist at Classic Car Auctions.