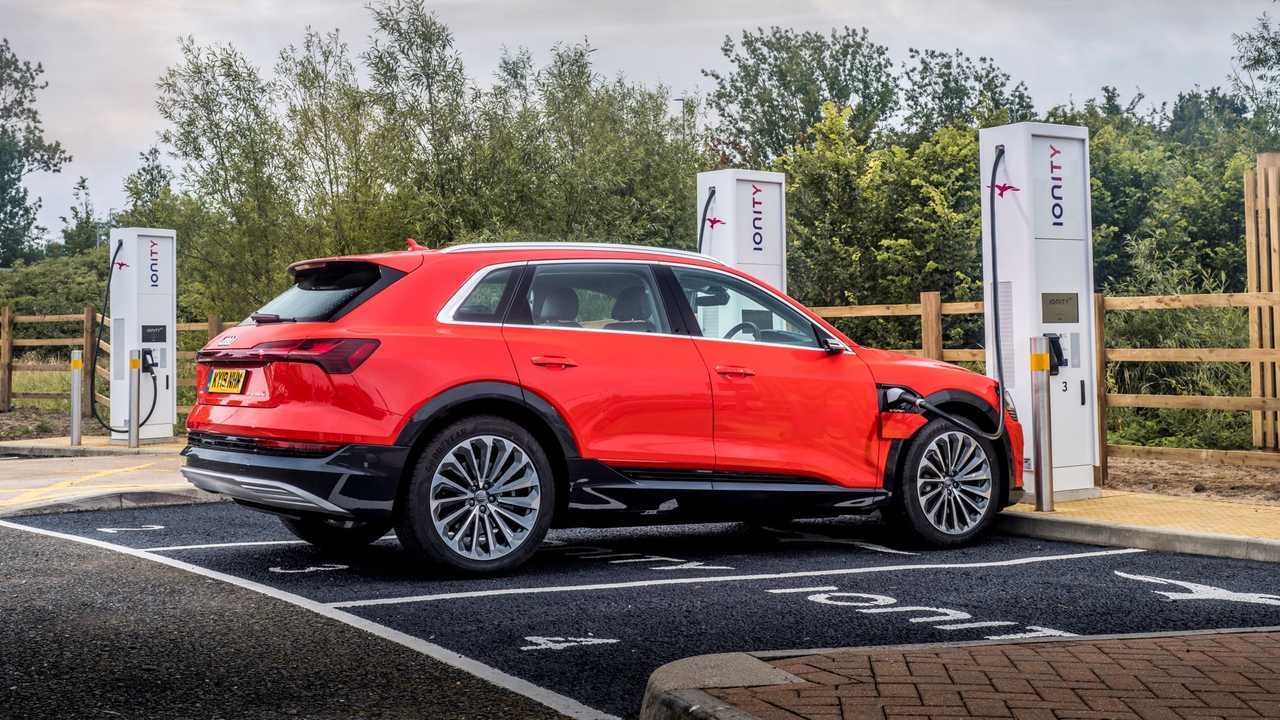 Audi has launched a new service which allows drivers of its electric cars to charge them at a number of points across the country using a single card.

The e-tron Charging Service's new RFID card unlocks a network of charge points operated by 18 companies in the UK – including IONITY, Pod Point, Source London and Instavolt. It also includes fixed tariffs for charging abroad. It generates only one monthly invoice for carriers in the interest of simplicity and automatically charges the owner’s account based on usage without any extra input or effort required.

Of the two tariffs available on the card, the first is aimed at drivers who cover shorter distances and who tend to charge at home or work; it's of particular benefit to those who drive plug-in hybrid models. At £4.95 per month, customers pay standardised rates of 30 pence per kWh for AC charging and 39 pence per kWh for DC fast-charging. When charging at a Source London AC point, 7.4kW charging is priced at eight pence per minute, while 22KW costs 14 pence per minute.

For more frequent travellers there's the Transit tariff. Costing £16.95 per month, the Transit tariff includes the high-powered Ionity network which can provide an 80 percent recharge in just 30 minutes for just 28p per kWh – that represents a saving of more than 60 percent over the standard Ionity tariff.

"The general perception of EV charging is that it is confusing and inconvenient, and we want to help to gradually dispel that belief," said Andrew Doyle, Director of Audi UK. "We started by equipping the e-tron with the potential for fast charging at up to 150kW, and are now removing another layer of complexity for our EV owners by streamlining the end-to-end process, from charging activation to invoicing, with this new service."

Audi customers that want to to take advantage of the Audi e-tron Charging Service can learn more or sign up here.