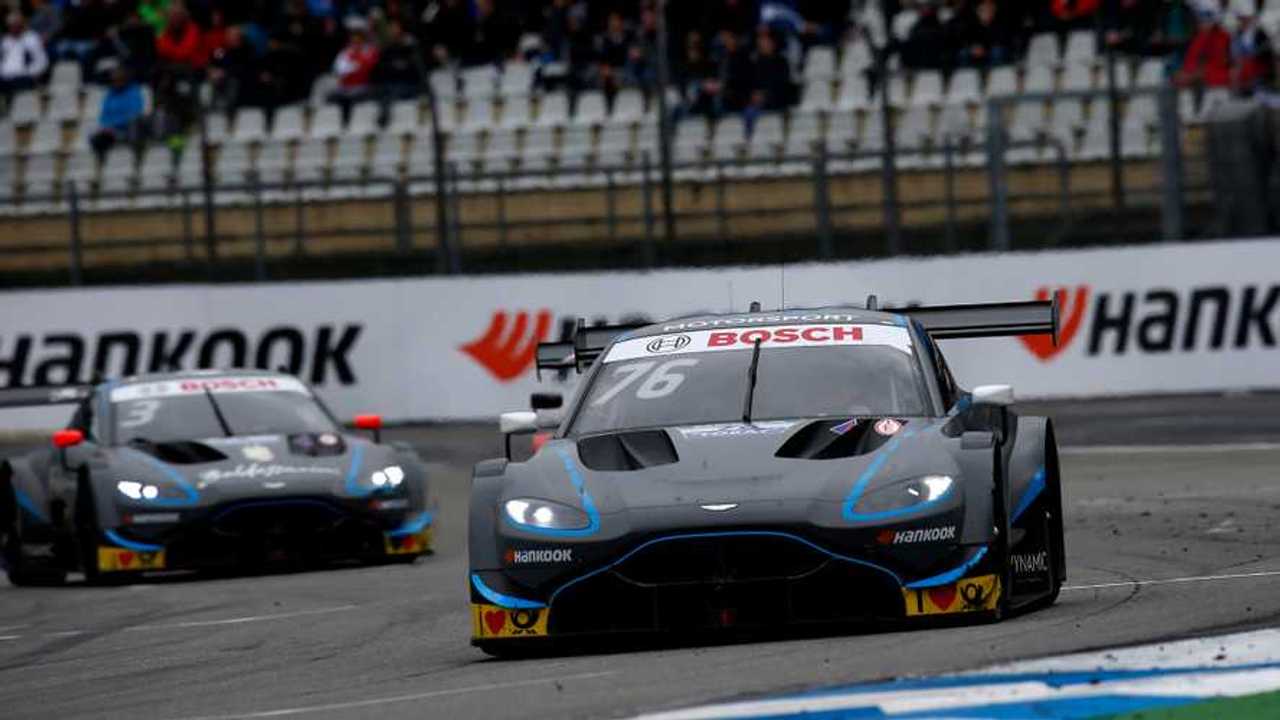 The R-Motorsport Aston Martin team has pulled out of the DTM after a single season in the touring car category.

R-Motorsport joined the DTM at the start of 2019 with a quartet of Vantage cars, taking the place vacated by Mercedes on the grid.

But the Swiss squad struggled to match the factory entries from German auto giants Audi and BMW, failing to score a single top five finish all season long.

At the end of the year, R-Motorsport reportedly sold all of its cars to an anonymous buyer and later announced a split with engine builder HWA.

It reportedly entered talks to secure a customer engine supply from BMW, but the Swiss squad has now announced that it will not contest the 2020 season.

The future of Aston Martin:

”The reassessment of our motorsport program showed that we want to set new priorities for the future and that the DTM engagement would not be appropriate for us anymore," team principal Dr. Florian Kamelger said.

"What we have decided regarding our 2020 motorsport program we will announce at a later stage.

"However, I’d like to take this opportunity to say thank you particularly to Gerhard Berger and the ITR, to Dieter Gass and to Jens Marquardt for the common engagement in DTM during our debut season. Especially BMW has been an extraordinary helpful partner for us.”

It also means that the DTM will feature just two manufacturers for the first time since 2011 - the year before BMW's arrival in the series.