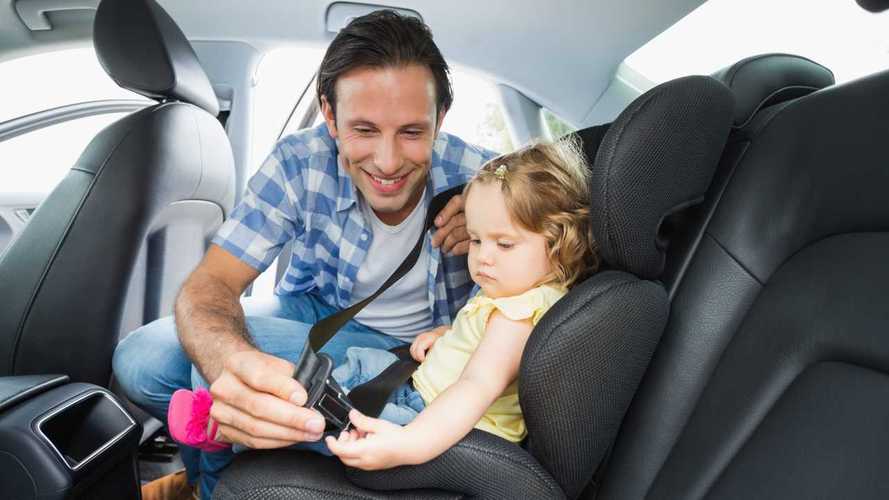 The RAC says failing to put kids in child seats is "putting lives at risk".

More than a fifth of parents and grandparents admit to not using a child car seat every time they drive children around, according to new research.

Parents complain that child seat laws are too confusing

A study of more than 2,000 drivers by the RAC found that 22 percent of parents and grandparents were failing to put children in child seats whenever they went out in the car. It’s an oversight that’s not only illegal, but “putting lives at risk”, according to the RAC.

The study found that failing to regularly strap children into a child seat was most common among those aged 45 to 54, of whom six percent confessed to the crime. But of those who rarely commit the offence, it’s drivers aged 17 to 34 who are most likely to offend, with 18 percent of parents and grandparents in that age group admitting to the sin.

However, 16 percent of those aged over 65 were also guilty of failing to strap children in properly. And men were slightly more likely than women to commit the offence, with 17 percent of men admitting the misdemeanour, while just 15 percent of women said the same.

The most common reason given by parents and grandparents for not securing their child or grandchild properly was not having access to the car seat as it was in another vehicle (54 percent), while around a fifth (18 percent) said they forgot to take the car seats out of another car. Meanwhile, 15 percent said they didn’t use one because the journey was too short.

In UK law, children must use a child car seat until they are 12 years old or 135 cm tall; whichever comes first. Children over the age of 12 or more than 135 cm tall are subject to the same rules as adults, and must wear a seat belt.

“Having the right car seat for your baby or child is essential,” said RAC Shop spokesperson Sophie Steane. “Our findings show that many parents and grandparents have taken risks by not using the proper seats. While many say they have only done this very occasionally and only for very short distances, you can never be sure that something bad won’t happen.

“We imagine more risks have been taken with older children than babies, but we would urge every parent and grandparent not to chance it as the thoughts of something terrible happening would be too much to bear.”