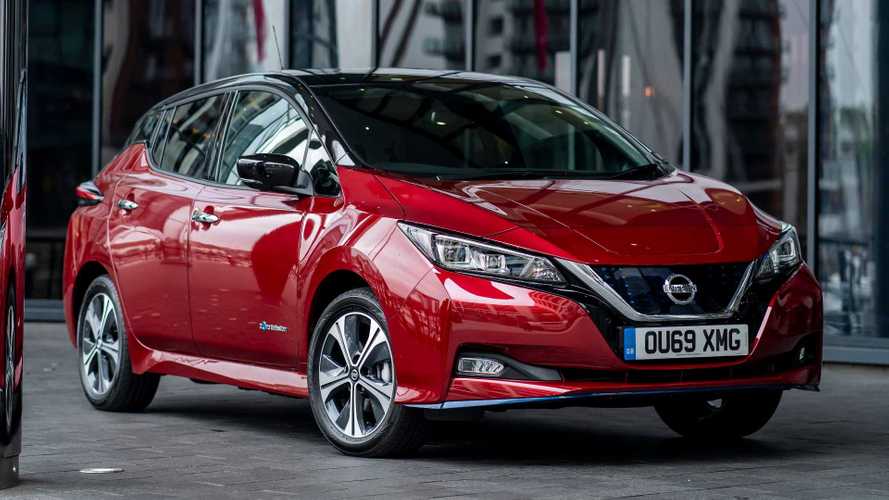 Drivers in London will be able to get their hands on Nissan's electric hatchback.

Nissan has signed a deal with Uber that could see the Japanese company supply the ride-hailing app’s drivers with up to 2,000 Leaf electric cars.

The fleet of 40kWh models, which boast a range of up to 168 miles, will be offered to drivers as part of Uber’s Clean Air Plan, which sees every car on the app in London go fully electric by 2025. Nissan will not only offer up to 2,000 cars to drivers in the capital, but will provide Uber with a “dedicated electric vehicle (EV) education programme”, transaction price and marketing plan to drive uptake.

More on Uber's operations in London:

It’s a plan that aims to eventually see 45,000 Uber drivers switch to electric vehicles, and the plan is funded by the company’s Clean Air Fee. A total of 15 pence per mile is added to all London journeys in a bid to help drivers cover the cost of an EV. Launched in January 2019, the scheme has so far raised more than £80 million for drivers.

So far, Uber says around 900,000 journeys have taken place in EVs, which is an increase of more than 350 percent on 2018’s numbers. The company also says 500 drivers a week are using zero-emission cars to ferry passengers around.

The announcement comes after a year in which Transport for London (TfL) has installed more than 1,000 EV charging points in the capital. However, last year also saw Uber drivers forced to pay to enter the congestion charging zone in the centre of London, while TfL moved to strip the company of its licence to operate in the capital — a decision Uber is appealing.

“Through innovation and collaboration, companies like Nissan and Uber can tackle the challenges of advancing personal urban mobility, whilst also improving air quality in our major cities,” said Andrew Humberstone, the managing director of Nissan in the UK. “As the UK’s best-selling EV, the Nissan Leaf is the perfect vehicle to support Uber’s ambition of a 100-percent electric fleet in London for 2025. Not only will passengers enjoy the quieter ride that comes from all-electric driving, but cyclists, pedestrians and other road users will also benefit from the zero-emissions powertrain.”

Meanwhile Jamie Heywood, Uber’s regional general manager for northern and eastern Europe, said the partnership with Nissan would help the company with its Clean Air Plan.

“Our bold vision for London is for every driver on the Uber app to use an all-electric vehicle by 2025,” he said. “The partnership with Nissan is a hugely significant step towards meeting this goal. The Mayor of London has shown strong leadership on measures relating to air quality and we’re proud to support him in delivering his vision.”