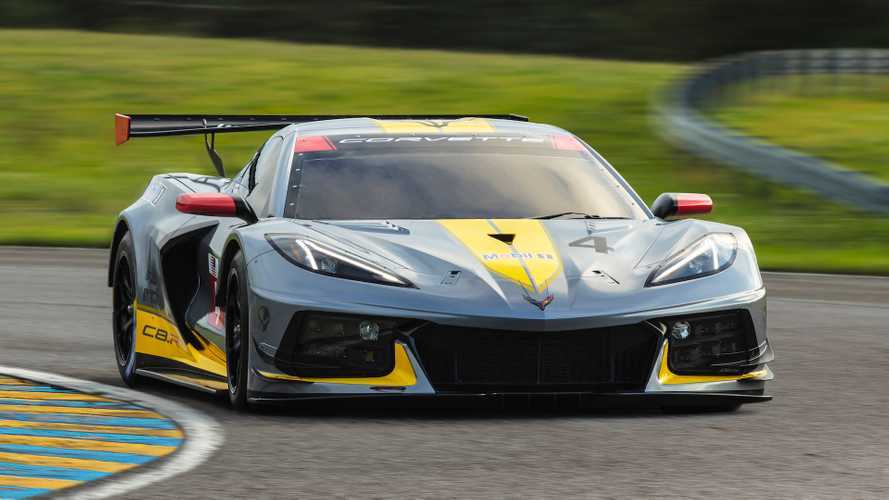 A GT2 RS was spotted with a camouflaged C8, and it doesn’t appear to be a coincidence.

Just when you thought mid-engine Corvette news would be falling off, Z06 rumours arrive to keep the fires burning. Of course, the Z06 hasn’t arrived yet, but we’re back to seeing camouflaged ‘Vettes and the hardcore racer is the next logical step. That’s supported by a recent Corvette spy video featuring an engine note that sounds nothing like the Stingray’s 6.2-litre V8. If this new sighting is any indication, Chevrolet could be aiming the Z06 very high into the supercar ranks.

This social media post comes from Brandon Byers on Facebook, and it clearly shows a camouflaged C8 Corvette next to a 991-series Porsche 911. It’s not any 911 either – it’s the GT2 RS which, in case you forgot, is one of the quickest production cars around a track that money can buy. It can lap the Nürburgring in 6 minutes 47 seconds thanks to a combination of aerodynamic witchcraft, exceptional suspension tuning, and 700 bhp sitting on the rear wheels. By comparison, the not-at-all-incapable C7 ZR1 couldn’t break the 7-minute barrier with 55 more bhp.

As Muscle Cars & Trucks points out, this photo likely means GM is benchmarking the GT2 RS. It makes sense for the Z06, since that model has traditionally been the hardcore track machine in Corvette’s lineup. If that’s the case, we can better understand why we’re seeing such heavy camouflage on test vehicles. Large rear wings, suspension tweaks, and more power have been the crux of Z06 changes in the past. But if Chevrolet wants Nürburgring glory, in-depth aero updates to the ‘Vette are quite likely.

That said, we must also offer a bit of caution with these musings. We have absolutely no context for the Facebook post, and Chevrolet is certainly mum on future Corvette projects. For all we know, a GT2 RS driver could’ve simply pulled into the lot to check out some weird-looking car covered with black sheets, but what are the odds of that happening? And if Chevrolet is benchmarking the GT2 RS, that doesn’t automatically mean Corvette engineers will be successful in matching the Porsche’s overall performance. However, the base model C8 already beats the C7 ZR1 to 60 mph, so yeah. Proceed with caution, but there's some sound logic behind all this.

In any case, we suspect the Z06 will arrive sooner than people realise. To campaign the C8.R in IMSA, Chevrolet must offer at least 300 production cars fitted with a version of its 5.5-litre flat-plane-crank V8. We don’t know exactly how long Chevy has to bring these cars to market, but the C8.R is racing this weekend at Daytona. And with camouflaged C8 sightings on the rise, we wouldn’t be surprised to see a Z06 this summer.