Aurus Komendant spied as Russia prepares to build its own Cullinan 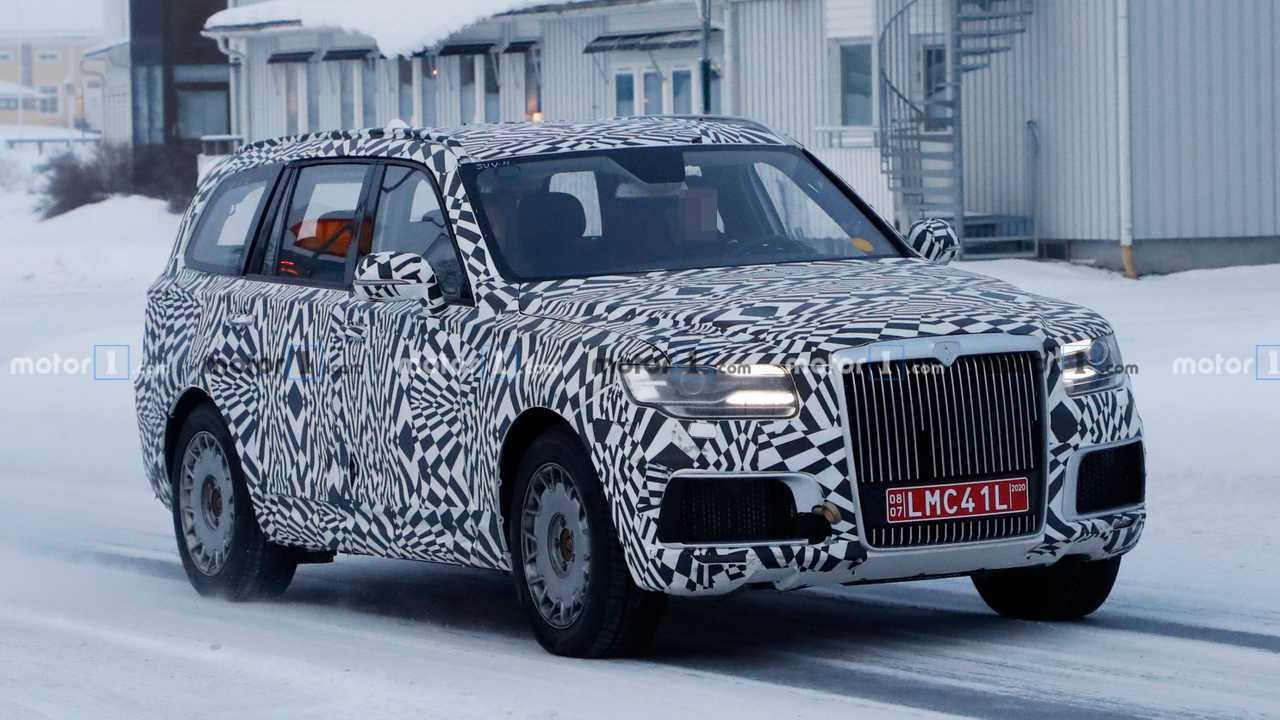 Believe it or not, there’s a new luxury brand coming from Russia. Aurus will initially provide vehicles for the country’s government but will eventually begin selling its models to regular customers. The marque has already revealed the Senat sedan and Arsenal MPV which will be soon joined by this - the Komendant SUV.

We spied the stately high-riding model earlier this month but it was loaded onto a trailer back then. Now, we can confirm the prototype can move on its own thanks to a new batch of spy photos taken in Northern Sweden. It’s still lacking production lights, tailpipes, and other final touches, making it look a bit plain, but at least we can take a look at the light signature at the front.

At the back, however, the SUV runs with temporary clusters and this is also not the final design of the bumper. The wide openings at both sides suggest the production appearance of the diffuser will be different and we expect a slightly redesigned layout of the exhaust system, too.

There’s not much to say about the vehicle’s interior but it’s probably safe to assume the cabin will be heavily inspired by the Senat saloon. It’s the same story when it comes to the powertrain, which means power for the Komendant will come from a hybridised 4.4-litre V8 petrol engine generating 598 bhp (446 kilowatts) and a massive peak torque of 649 pound-feet (880 Newton-metre). A nine-speed automatic and an all-wheel-drive system will channel the power to all four wheels.

According to sources from Russia, the luxury SUV should be ready for initial release at some point in 2022. Aurus intends to sell all its models internationally but this won’t happen before next year due to the company’s current limited production capacity.