Take a good look inside the new Audi S3 Sportback 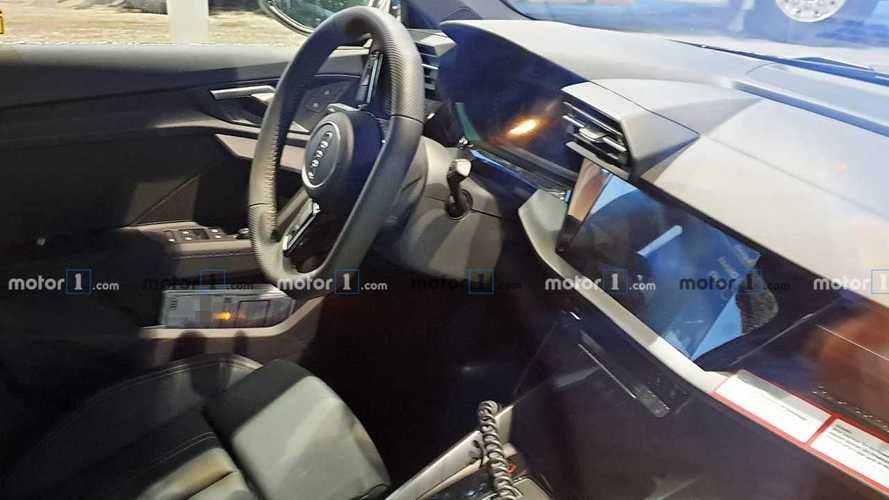 There are some big changes compared to the outgoing model.

This is not the first time we’re able to take a peek inside the new Audi A3 / S3, but the latest batch of spy shots is by far the most revealing as it shows the cabin from multiple angles. It’s safe to say the dashboard design has very little in common when compared to the outgoing compact car from Ingolstadt as the Four Rings have completely changed the layout. If you don’t believe us, here’s a visual comparison:

The most obvious novelty is the placement of the MMI, with the infotainment system now neatly integrated into the centre console rather than being a tablet that sticks out from the dashboard like a sore thumb. The circular air vents of the outgoing model have been replaced by more angular clusters to go along with the edgier shape of the dashboard.

Unlike on the larger Audi models where there’s a secondary touchscreen lower on the centre console for the climate control settings, the new A3 / S3 / RS3 model will stick to conventional buttons by the looks of it. Below them appears to be another row of physical controls, with the hazard lights button mounted in the middle.

That tiny gear selector looks familiar because we’ve pretty much seen it already on the new VW Golf and Skoda Octavia, with the next SEAT Leon likely to feature a similar shift-by-wire setup on the models equipped with the automatic transmission.

Although at first, it may seem there’s only one central air vent, chances are the second vent is positioned to the right of the MMI, right above where we think there’s a “Quattro” badge on the passenger side of the dashboard. The fact that it doesn’t seem to have a symmetrical layout will certainly upset those who would rather have a traditional arrangement of the air vents.

Moving our eyes lower on the centre console, we’re noticing what appears to be a rotary controller likely for the sound system since it appears to have a mute button, an on/off switch, along with fast forward and fast rewind keys. An electric parking brake is also noticeable, as is the flat-bottomed steering wheel.

The digital instrument cluster will likely be standard even on the entry-level A3, while those body-hugging seats wrapped in leather with the “S” logo embossed on the backrests are obviously reserved for the performance version.

All three versions have been spotted:

In regards to how much power it will offer, the Audi S3 Sportback and Saloon should get a healthy bump over the current 288 bhp seeing as how the next VW Golf R is expected to have nearly 330 bhp. Logic tells us the S3 will at least match that, and up the power ante to more than 400 horses for the five-cylinder RS3 range topper.

Expect the wraps to come off as early as March at the Geneva Motor Show, but Audi will probably decide to show the A3 first. The S3 should follow shortly, either before the year’s end or early 2021 in both Sportback and Saloon flavours.