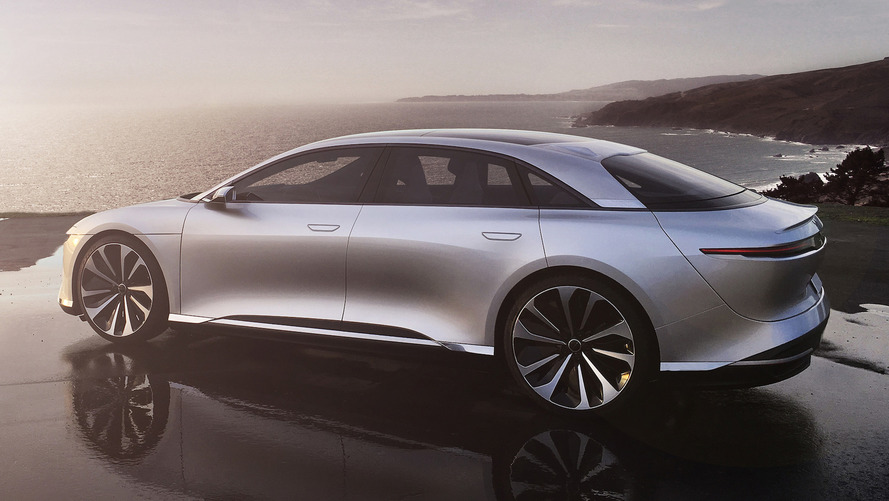 Lucid Motors announced it has begun accepting reservations for its Lucid Air luxury, sports saloon in its second major market - Europe, with a refundable reservation fee of about $1,000 USD (equivalent).

Customer deliveries in Europe are expected to start within two years, in late 2021. Lucid says that there is actually high demand in Europe:

"Lucid initially intended to start accepting reservations from European customers as planned deliveries to the region approached in late 2021, a year after the Air's start of production at the company's factory in Arizona, but high demand in the EV-friendly region accelerated these plans."

Production Lucid Air to debut in New York this April

The final version of the Lucid Air will be unveiled in April in New York, but it's not yet clear whether it will be at a special event or the New York International Auto Show.

The company is currently building about 80 beta prototypes and working at its manufacturing facility in Arizona, which should be producing the first cars for the U.S. market in late 2020.

"Lucid will unveil the production version of the Air in New York in April of 2020. In addition to the vehicle's final interior and exterior designs, new details on production specifications, available configurations, and pricing information will also be shared. Currently, in-house development on what is intended to be the world's most advanced electric car continues at a rapid pace, including battery packs with unmatched energy density and electric motors that are incredibly powerful yet efficient. Lucid is manufacturing 80 beta prototypes at the company's Silicon Valley headquarters, which will be used for comprehensive testing and validation for key vehicle dynamics, as well as crash testing to confirm exhaustive simulations."

"This is an exciting time for Lucid. We've been moving at an incredible pace, with the completion of our factory and the first production Airs expected in late 2020. With deliveries in Europe expected just a year from those milestones, we felt the time was right to open up reservations in a region that has truly embraced the core tenets of environmentally-friendly transportation, and one that we expect will be a major market for Lucid."

The company has shown its first beta prototype driving in December 2019:

Lucid Motors - Journey to Production in 2020

Series production of the Lucid Air to start in late 2020 in Casa Grande, Arizona when the first phase of the factory construction will be completed.